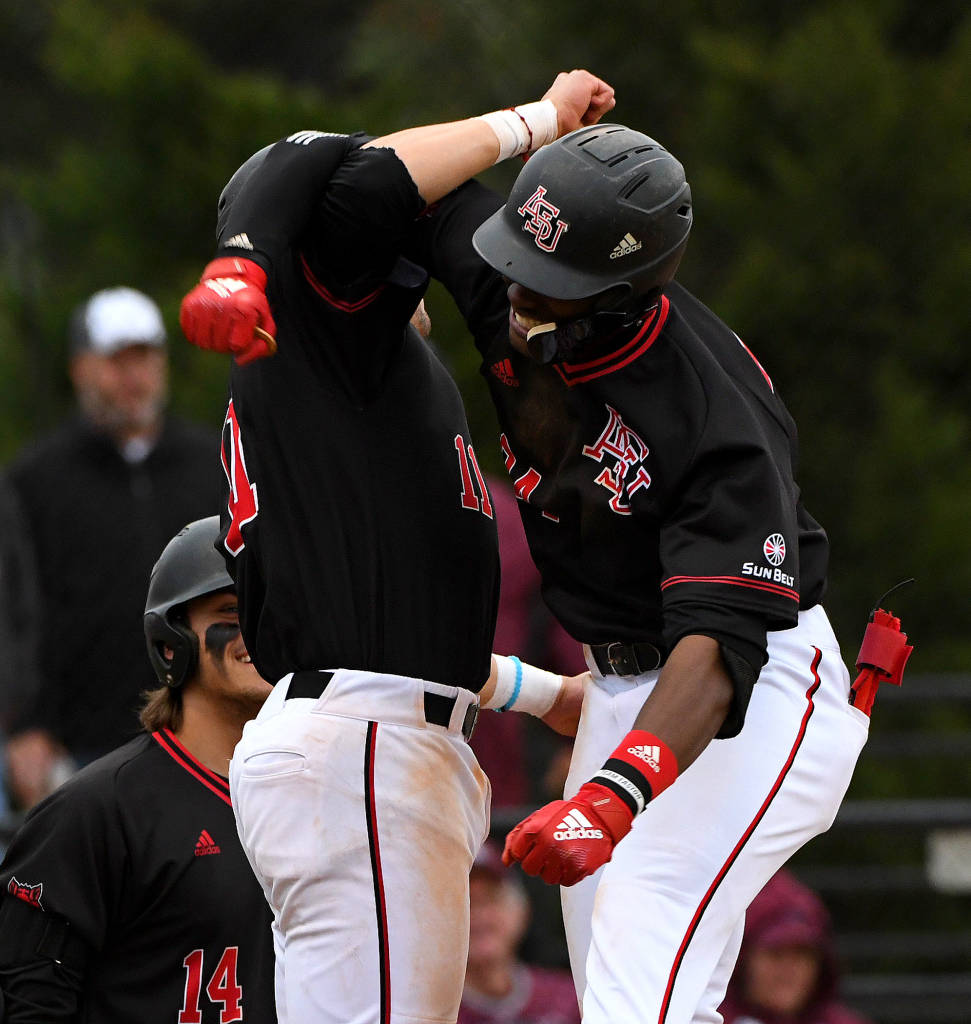 Troy, Ala. (3/17/19) – For the first time in series history, the Arkansas State baseball team completed a sweep over Troy, with a 10-4-win, Sunday afternoon at Riddle-Pace field.

With the win, A-State improves to 14-7 overall and 3-0 in Sun Belt action while Troy falls to 9-11 and 0-3 in the league. A-State becomes the first team to sweep the Trojans in a home series since Louisiana in 2014.

A-State begin its offensive upsurge in the first inning, when Eli Davis reached on a fielding error by Troy, then advanced to second on an error, which scored Drew Tipton. Kyle MacDonald added to the A-State advantage, when he ripped a two-run double to right center bringing Alex Howard and Eli Davis across.

The Red Wolves secured a two-spot in the eighth inning, when Alex Howard launched a two-run double down the leftfield line to score Eli Davis and Drew Tipton. Justin Felix added insurance to the A-State lead in the ninth inning, when he hit a solo homerun to right field.

Troy rallied in the third inning when Cole Prestegard launched a two-run homerun to right field to pull within 4-3. Prestegard finished the game one-for-four with two RBIs and a homerun while Chase Smart finished one-for-five with one RBI. The Trojans never led in the series finale.

The Red Wolves will return to action Friday, March 22 when they host South Alabama in a three-game series. The first pitch for Friday’s matchup is set for 6:30 p.m. while Saturday’s game will begin at 4 p.m. The series finale is set for Sunday at 1 p.m. at Tomlinson Stadium.

Original article source: http://www.astateredwolves.com//ViewArticle.dbml?DB_OEM_ID=7200&ATCLID=211796021 | Article may or may not reflect the views of KLEK 102.5 FM or The Voice of Arkansas Minority Advocacy Council