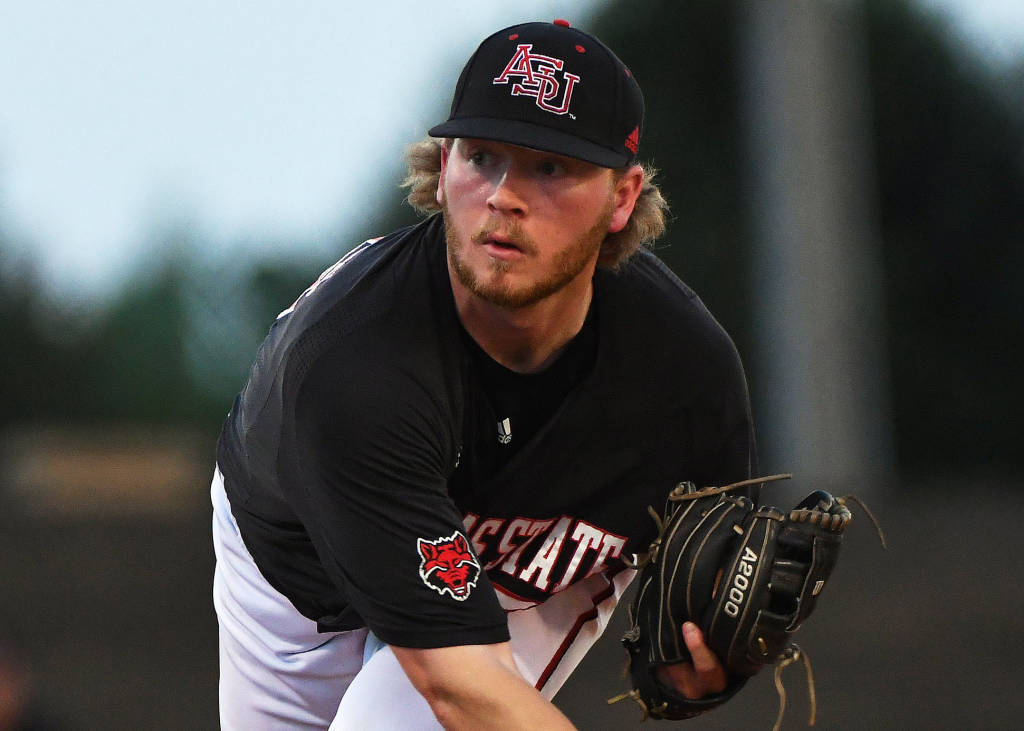 Nate Alberius tossed the first complete game of the year for the Red Wolves. The senior gave up just one run on five hits while striking seven and walking none. The complete game marks the third of Alberius’ career.

The Red Wolves bust the game opened in the fourth inning, securing a six spot, when Jacob Jablonski slashed a single to centerfield to bring Justin Felix across. Drew Tipton reached on a hit by pitch, with the bases loaded, which pushed Will Huber across.

Eli Davis extended the Red Wolves advantage when he sliced a singled to left and advanced to second on the throw, Tyler Duncan and Jacob Jablonski both scored runs on the play. Alex Howard added insurance to the A-State advantaged when he hit a sacrifice fly to center field to score Tipton.

South Alabama scored its only run in the third inning when Santi Montiel launched a two-out homer to leftfield.

The Red Wolves will return to action Tuesday, March 26, when they travel to South East Missouri State. The first pitch is set for 6:30 p.m. at Capaha Field in Cape Girardeau, Mo.

Original article source: http://www.astateredwolves.com//ViewArticle.dbml?DB_OEM_ID=7200&ATCLID=211797041 | Article may or may not reflect the views of KLEK 102.5 FM or The Voice of Arkansas Minority Advocacy Council