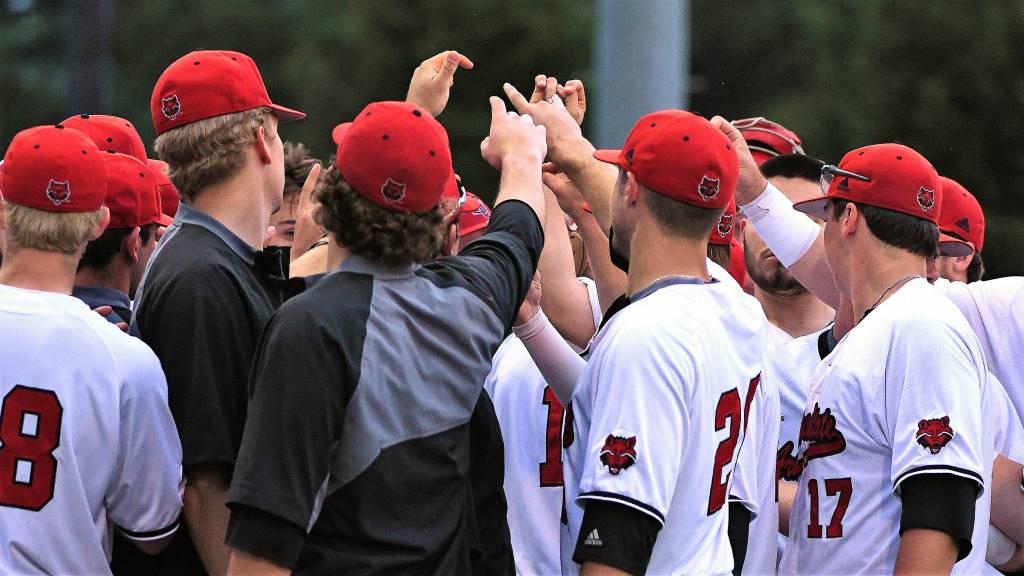 JONESBORO, Ark. (8/1/18) – The Arkansas State baseball team was one of 46 Division I programs to earn an American Baseball Coaches Association Team Academic Excellence Award as the ABCA unveiled the honorees Wednesday.

The Red Wolves were one of 287 programs honored with 46 coming from the Division I ranks. A-State was one of just two squads from the Sun Belt Conference to receive the recognition. To be honored a team had to have a minimum cumulative GPA of 3.00 on a 4.0 scale during the 2017-18 academic year. This is the third straight season Arkansas State has claimed the honor.

The American Baseball Coaches Association has a long tradition of recognizing the achievements of baseball coaches and student-athletes. The ABCA/Rawlings All-America Teams are the nation’s oldest, founded in 1949, and the ABCA’s awards program also includes the ABCA/Rawlings All-Region Awards, the ABCA/Diamond Regional & National Coaches of the Year and several other major awards such as the ABCA Hall of Fame and the Dave Keilitz Ethics in Coaching Award.

Original article source: http://www.astateredwolves.com//ViewArticle.dbml?DB_OEM_ID=7200&ATCLID=211766723 | Article may or may not reflect the views of KLEK 102.5 FM or The Voice of Arkansas Minority Advocacy Council