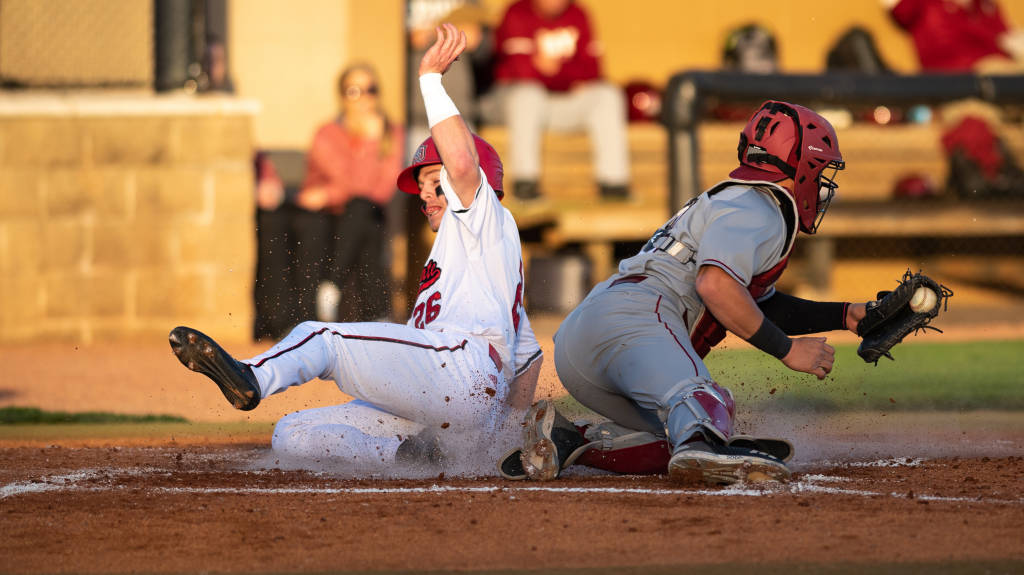 The offensive upsurge started for the Red Wolves on a Justin Felix two-run homerun to centerfield, then Tyler Duncan doubled to left center bringing Jaylon Deshazier home. Will Zimmerman sliced a single to right field advancing Drew Tipton to third while pushing Duncan across. Alex Howard capped off the inning when he doubled down the left field line padding the A-State advantage 6-0.

Tipton finished the game a perfect three-for-three with one RBI and two stolen bases, which moves him to 15 stolen bases on the season which is best in the Sun Belt. Fellix went three-for-five with two doubles and two RBIs while Howard hit two-for-five with a homerun, a double and three RBIs.

Troy (9-9, 0-1) tacked two runs in the bottom of the second when Manning Early hit a two-run double down the left field line bringing Hunter Mercer and Logan Cerny across to pull within 7-2. Early finished the night three-for-four with two RBIs and a double, while Dalton Sinquefield finished three-for-four. The Trojans scored their final run of the match, in the seventh inning when Mercer singled through the right side with Sinquefield on the score.

In the sixth inning, A-State claimed a 9-3 lead, after Howard launched a leadoff solo homerun to centerfield. Sky-Lar Culver doubled to centerfield and was tagged out at third but not before Kyle MacDonald made his way to home plate.

A-State will return to action Saturday March 16, in game-two of its three-game series against Troy. The first pitch is set for 3 p.m. at Riddle-Pace field, the series will conclude Sunday at 1 p.m.

Original article source: http://www.astateredwolves.com//ViewArticle.dbml?DB_OEM_ID=7200&ATCLID=211795780 | Article may or may not reflect the views of KLEK 102.5 FM or The Voice of Arkansas Minority Advocacy Council