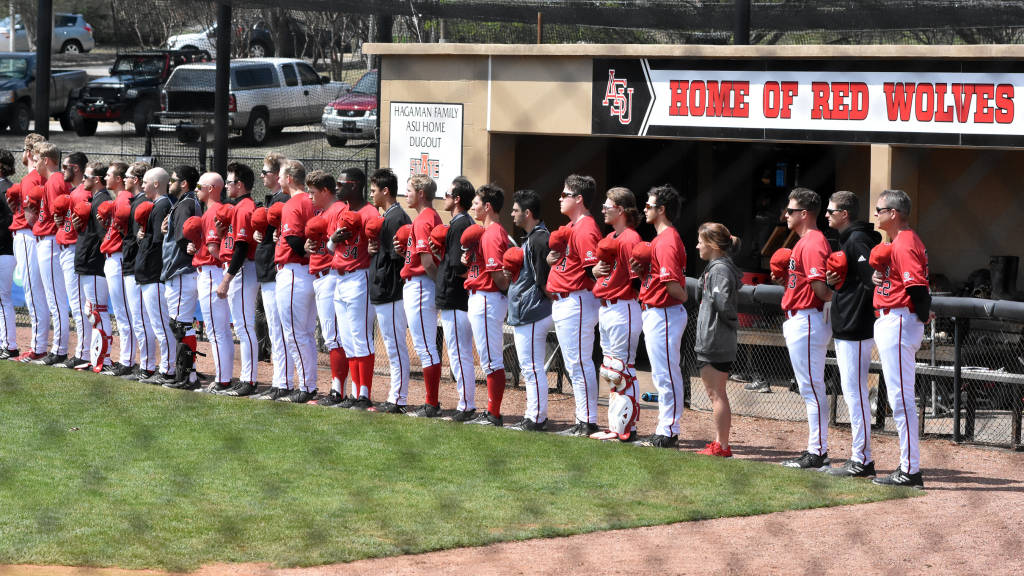 “We are very excited to announce a very competitive baseball schedule for 2019,” said A-State head coach Tommy Raffo. “We play eleven games verse teams that played in the NCAA post-season last year, Ole Miss, Missouri State, Coastal Carolina, and Troy.  We will be challenged early before our conference season begins and look forward to our ten-week Sun Belt schedule of thirty games starting on March 15.”

A-State will open the season (Feb. 15-17) against Stephen F. Austin in Nacogdoches, Tx. before making its way to Ole Miss Feb. 19. The squad will then welcome Valparaiso to Tomlinson Stadium (Feb. 22-23) before a two-game series with Mississippi Valley State Feb. 26-27.

The Red Wolves will make a road trip to face Conference USA opponent Louisiana Tech in a three-game series (March 1-3) before retuning back to Arkansas to face instate foe Central Arkansas (March 3) in Conway, Ar. The squad is set to host Missouri State in a three-game series March 8-10, before a five-game road trip to Missouri 12-13 and SBC opponent Troy (Mach 15-17).

The month of March will continue with a three-game series against South Alabama at Tomlinson Stadium (March 22-24) followed by a four-game road trip against regional rival Southeast Missouri (March 6) and SBC opponent Coastal Carolina (March 26-31). The Scarlet and Black will return home to host SIU (April 2) and Memphis (April 3).

The month of April continues with a three-game road series against UL-Lafayette (April 5-7) before returning home to host Central Arkansas (April 9).

The squad will head to Memphis (April 10) before returning home to host UT-Arlington in a three-game series (April 12-14) followed by SEMO (April 16) at Tomlinson Stadium.

Arkansas State will travel to Texas State (April 18-20) before traveling to SIU April 23. The Red Wolves will resume SBC action when they host UL-Monroe (April 26-28) followed by Appalachian State May 3-5.

The Red Wolves will conclude the month of May with a three-game series at Georgia Southern May 10-12 before returning home to host Ole Miss (May 14) followed by instate rival Little Rock (May 16-18).

Original article source: http://www.astateredwolves.com//ViewArticle.dbml?DB_OEM_ID=7200&ATCLID=211783783 | Article may or may not reflect the views of KLEK 102.5 FM or The Voice of Arkansas Minority Advocacy Council