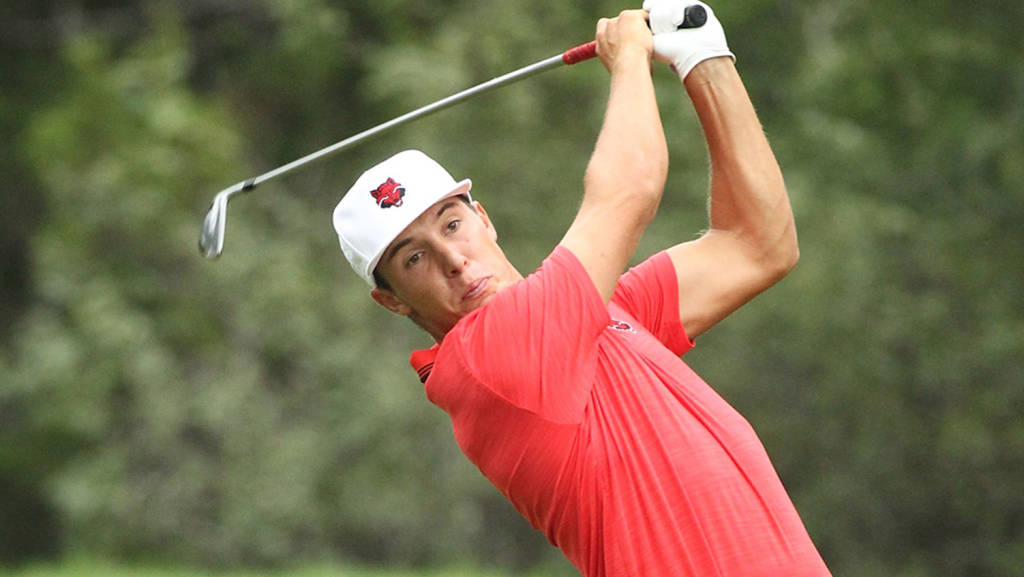 Using Golfstat’s NCAA player rankings as a base, the Arnold Palmer Cup rankings award bonus points for wins and high finishes and administer a penalty for poor finishes.  The rankings also contain a strength-of-schedule component.

Stirn is currently listed 38th in the nation and Wendin 92nd according to the current Golfstat individual rankings.  Named the Sun Belt Conference Men’s Golfer of the Week earlier this season, Stirn is also ranked 45th in the nation by Golfweek.

The Kranj, Slovenia, native completed A-State’s fall schedule with a team-best 71.0 scoring average and with a top-15 finish in all five tournaments.  He claimed the Lone Star Invitational championship along the way and took runner-up honors at the Maridoe Intercollegiate.

Wendin, listed as the No. 85 player in the nation by Golfweek, averaged 71.8 strokes per round and posted a low 18-hole score of 68 twice.  Originally from Gavle, Sweden, he collected a top-25 finish in every fall outing and placed 13th or better in four tournaments.

The top six golfers from the final ranking in the spring from both the United States and international men and women – 12 total golfers – shall be among the 24 individuals selected to compete in the Arnold Palmer Cup.

The remaining international team members will include the men’s and women’s winners of the R&A Scholars Tournament, four committee selections, and a coaches pick.  The next Arnold Palmer Cup ranking will be announced Feb. 13.

The Red Wolves completed the fall portion of their 2018-19 schedule ranked among the top 25 teams in the nation by Golfweek and Golfstat and in the GCAA’s Bushnell Golfweek Coaches Poll.  They will resume play Feb. 24-26 at the Tiger Invitational in Opelika, Ala.

Original article source: http://www.astateredwolves.com//ViewArticle.dbml?DB_OEM_ID=7200&ATCLID=211784548 | Article may or may not reflect the views of KLEK 102.5 FM or The Voice of Arkansas Minority Advocacy Council