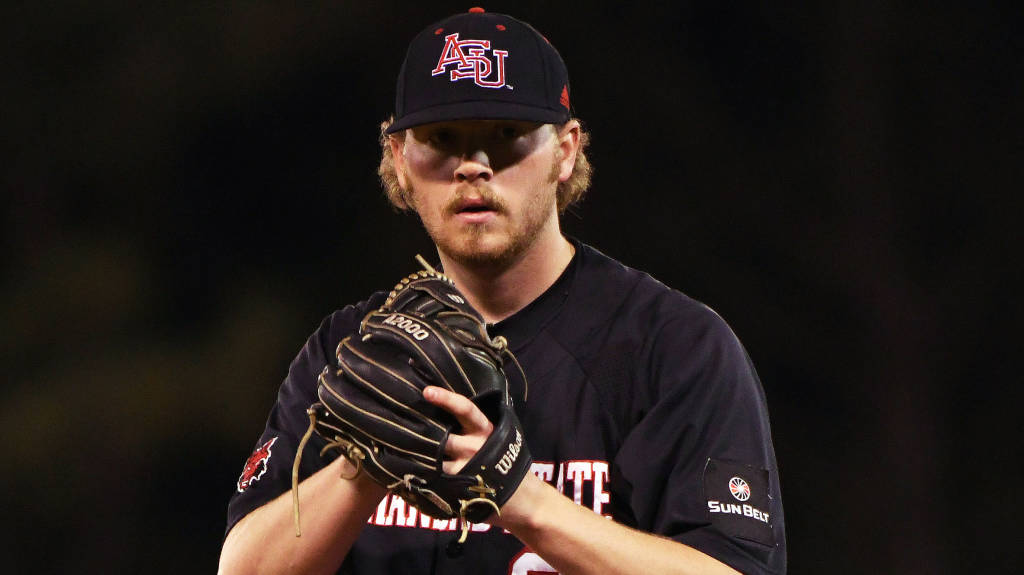 Nacogdoches, Texas (2/17/19) – The Arkansas State baseball team closed out its first weekend of competition of with a 7-6 victory over Stephen F. Austin Sunday afternoon at Jaycees Field.

The Lumberjacks jumped out to a quick lead in the bottom of the first inning after scoring two runs off A-State starter Nate Alberius, who surrendered three consecutive base hits in the inning.

The Lumberjacks added another in fourth inning go up 3-0, but Arkansas State rallied for a pair of runs in the fifth inning with back-to-back RBI hits by Tyler Duncan and Jake Jablonski to pull within 3-2, but Stephen F. Austin answered on a two-run double in the bottom half of the inning to push its advantage 5-2.

An RBI single by Sky-Lar Culver and a Tyler Duncan RBI fielder’s choice brought the Red Wolves within 6-4 at the top of the sixth and then a big three run seventh helped the Red Wolves take the lead when Culver hit a double that went down the line in left field that scored both Justin Felix and Alex Howard to give A-State its first lead of the afternoon.

Culver and Felix had two hits apiece as the team earned nine hits on the night. Six different Red Wolves drove in runs in route to win.

Kollin Stone worked the final two innings in relief to pick up his first save of the season.

A-State returns to action Tuesday when it travels to Ole Miss, the first pitch is set for 4 p.m. from Oxford, Mississippi.

Original article source: http://www.astateredwolves.com//ViewArticle.dbml?DB_OEM_ID=7200&ATCLID=211791254 | Article may or may not reflect the views of KLEK 102.5 FM or The Voice of Arkansas Minority Advocacy Council