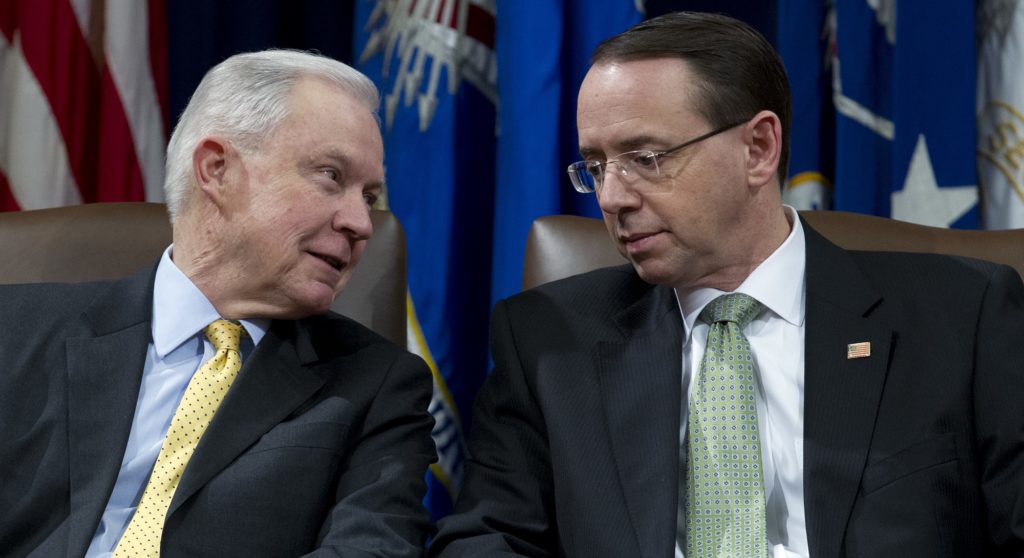 Attorney General Jeff Sessions speaks with Deputy Attorney General Rod Rosenstein during the opening ceremony of the summit on Efforts to Combat Human Trafficking at Department of Justice in Washington, Friday, Feb. 2, 2018. President Donald Trump, dogged by an unrelenting investigation into his campaign’s ties to Russia, lashes out at the FBI and Justice Department as politically biased ahead of the expected release of a classified Republican memo criticizing FBI surveillance tactics. (AP Photo/Jose Luis Magana)

April Ryan speaks with Ray-J on the news of Rod Rosenstein and the Department of Justice.

Original article source: http://aurn.com/april-ryan-talks-politics-with-ray-j/ | Article may or may not reflect the views of KLEK 102.5 FM or The Voice of Arkansas Minority Advocacy Council