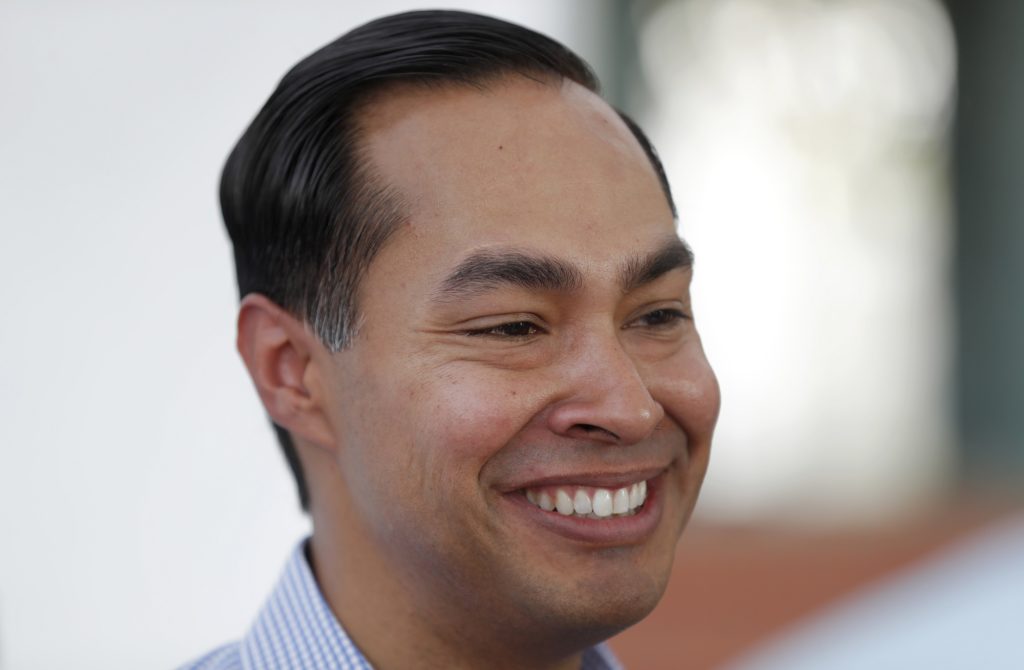 FILE – In this Aug. 17, 2018 file photo, former Housing and Urban Development Secretary Julian Castro speaks to reporters during a visit to the Iowa State Fair in Des Moines, Iowa. Castro, a Democrat, says he’ll “likely” seek the presidency in 2020 after months of signs that former President Barack Obama’s housing secretary is preparing for a White House run. Castro told The Associated Press on Tuesday, Oct. 16, 2018, that the Democratic nomination is a wide-open race and says voters are open to considering new faces. (AP Photo/Charlie Neibergall File)

Julian Castro, former mayor of San Antonio and and HUD Secretary under President Obama, has hinted at a run for president in 2020.

Original article source: http://aurn.com/april-ryan-speaks-with-julian-castro-about-possible-run-in-2020/ | Article may or may not reflect the views of KLEK 102.5 FM or The Voice of Arkansas Minority Advocacy Council