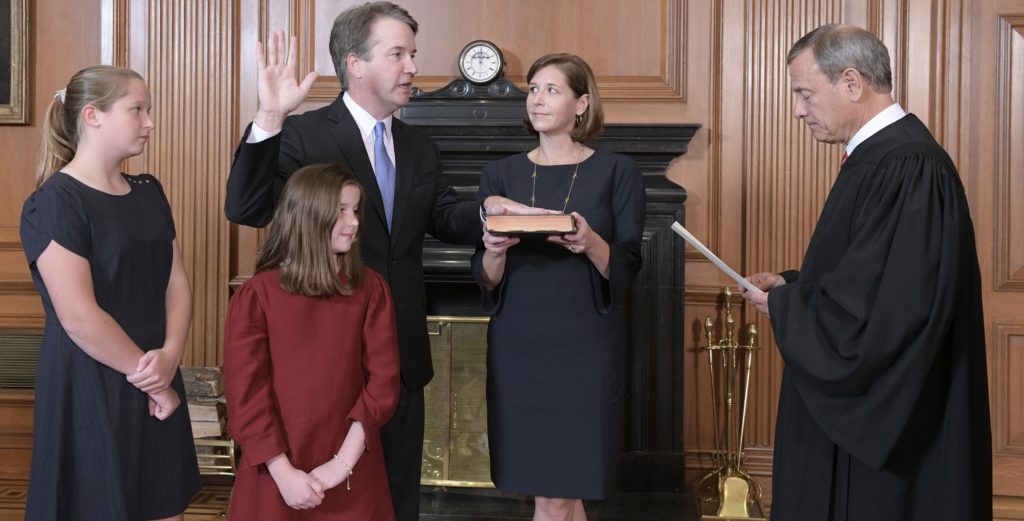 Chief Justice John Roberts, right, administers the Constitutional Oath to Judge Brett Kavanaugh in the Justices’ Conference Room of the Supreme Court Building. Ashley Kavanaugh holds the Bible. In the foreground are their daughters, Margaret, left, and Liza. (Fred Schilling/Collection of the Supreme Court of the United States via AP)

Original article source: http://aurn.com/april-ryan-on-brett-kavanaugh-confirmation/ | Article may or may not reflect the views of KLEK 102.5 FM or The Voice of Arkansas Minority Advocacy Council