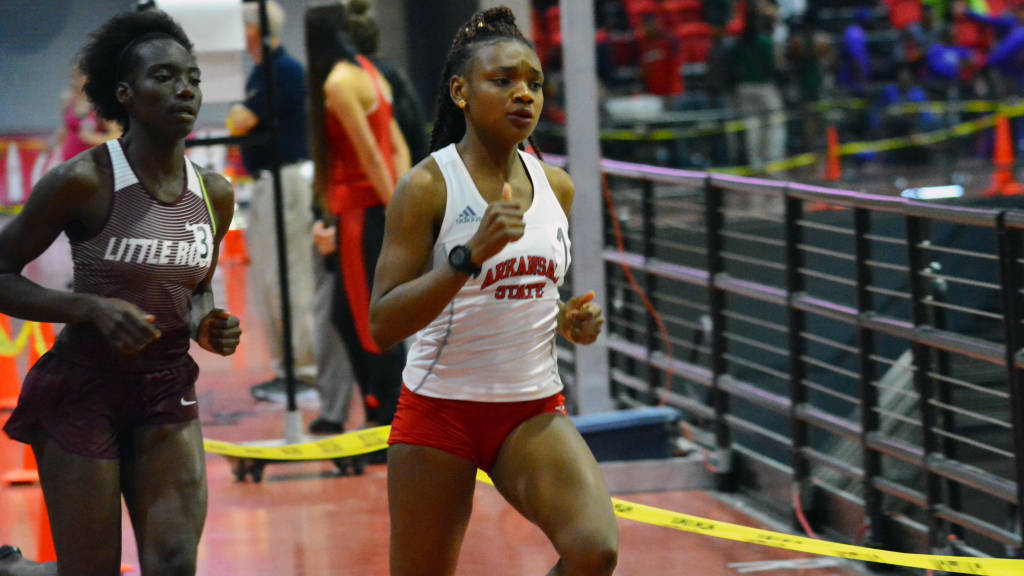 Charles won the mile run race at the A-State Invitational with a time of 5:01.73. The time ranks her second on the Sun Belt Conference performance list heading to the back half of the indoor schedule. She also ranks top five in the 800-meter run, coming in at fourth on the list in 2:14.73.

Several members of the A-State track and field teams head to the Texas Tech Open on Friday and Saturday while the rest of the team will be in competition at the SIU Invitational Friday and Saturday. A-State hosts its third and final indoor meet, the Scarlet & Black Invite, on Friday, February 8 inside First National Bank Arena.

Original article source: http://www.astateredwolves.com//ViewArticle.dbml?DB_OEM_ID=7200&ATCLID=211788513 | Article may or may not reflect the views of KLEK 102.5 FM or The Voice of Arkansas Minority Advocacy Council