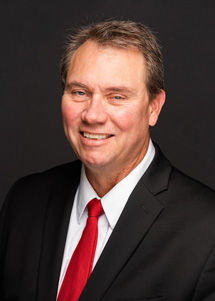 JONESBORO – The Arkansas State University Alumni Association is announcing the recipients of its Distinguished Alumni Awards for 2019, which will be presented during Homecoming, Saturday, Oct. 26.

This year’s honorees are Alec Farmer, Tommy Fowler and Don Harmon, all of Jonesboro.

“Each of these alumni has attained an outstanding record of professional and civic achievements, as well as giving extraordinary support to their alma mater,” according to Dr. Dale Morris of Forrest City, president of the Alumni Association.

This is the 36th year the association has recognized the university’s most distinguished alumni.  Among a weekend of special activities, a halftime ceremony recognizing this year’s honorees is scheduled for the Red Wolves’ Homecoming game with Texas State.

“Since 1984, the Alumni Association’s board of directors has annually selected three award recipients from among the nominations submitted by friends and associates,” Morris added.  “Congratulations to Alec, Tommy and Don for their selection, based on their excellent records of service, professional achievement and loyalty to Arkansas State University.”

Alec Farmer is president of Farmer Enterprises, Inc., a family-owned farm and property investment and management company. Gov. Asa Hutchinson appointed Farmer to a 10-year term on the Arkansas State Highway Commission in 2015.

Farmer was in the Student Government Association and president of the Pi Kappa Alpha fraternity chapter.  As a young alumnus, he served on the boards of the Alumni Association and the then-Central Arkansas Indian Club, while completing his Juris Doctor degree at the University of Arkansas at Little Rock.  In 2015 he endowed the Dalton A. Farmer Family Scholarship at A-State in memory of his father, an A-State alum who also served on the Highway Commission.

He and his wife Carole, also an A-State alumna, together have four daughters, one of whom is a current A-State student and graduate of the occupational therapy assistant program.

Judge Tommy Fowler was elected State District Judge for the 19th Judicial District, composed of Craighead County, in 2016.  His previous experience includes serving as circuit judge in the Second Judicial District, a special associate justice for the Arkansas Supreme Court, more than two decades in private practice, and including deputy prosecutor for 15 of those years.

After completing his Bachelor of Fine Arts (BFA) degree at A-State, where he won the R.E. Lee Wilson Citizenship Award as most outstanding graduating student, he earned his Juris Doctor at the University of Arkansas School of Law.

Fowler is a dedicated member of numerous professional committees, including the Judicial Discipline and Disability Commission and the Arkansas Supreme Court Strategic Planning Committee.  He also presides over the Craighead County Sobriety Court on a volunteer basis.

He was recognized in 2017 as a Visionary Arkansan because of judicial reforms he implemented in District Court.  With extensive training on domestic violence issues, he frequently addresses judicial, law enforcement and citizen groups on recognizing and responding to domestic violence matters.

He recently retired from his position as director of the American Legion Arkansas Boys State program after 31 years of service. He still serves on the Delta Symphony Orchestra board of directors.

After a business career of more than 30 years, Don Harmon retired in 2016 as CEO and president of Home Décor Holding Co., the success of which has been credited to his leadership.  The company had grown to more than 300 employees and $250 million in annual sales.  With a business degree, he had joined Jimco Lamp Corp. as salesman, working his way up to president.

Home Décor was formed in 2005 with three entities, including Jimco.  As CEO, he led an expansion into five companies under the Home Décor Co. umbrella, providing its various product lines to Walmart, Target, Lowes and other major retailers.

Harmon has chaired and volunteered for numerous civic and charitable causes.  Rotarian of the Year in 1987, he is a past president of Jonesboro Jaycees, member of the St. Jude S’travaganza Planning Committee, Neil Griffin College of Business Executive of the Year in 2008, and past president, now member, of the A-State Chancellor’s Cabinet.

Harmon and his wife, Cherri, have a daughter, Lindsay, who with her husband Jesse Burnett are parents of his grandchildren, Austin and Allison.

Information about all previous recipients of the Distinguished Alumnus Award, along with the nomination and selection procedure, is available through the Arkansas State University Alumni Association website, AStateAlumni.org.

Original article source: http://www.astate.edu/news/alumni-association-to-honor-alec-farmer-tommy-fowler-and-don-harmon-as-2019-distinguished-alumni | Article may or may not reflect the views of KLEK 102.5 FM or The Voice of Arkansas Minority Advocacy Council