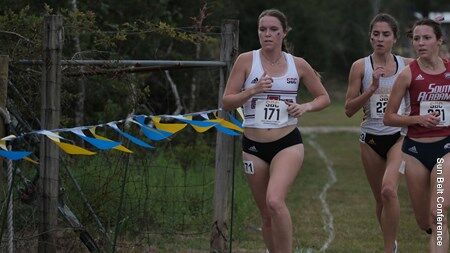 JONESBORO, Ark. (11/18/22) – For the third year in a row, an Arkansas State cross country runner will compete at the NCAA Championships, with Jaybe Shufelberger set to race Saturday morning in Stillwater, Okla.

Shufelberger punched her ticket to the national meet with a sixth-place finish in the women’s 6K in last Friday’s South Central Regional Championships. The Topeka, Kan., native ran a career-best 20:35.7 and became just the second woman in school history to qualify for the NCAA Cross Country Championships. She joined Kristina Aubert, who competed in the 2012 and 2013 championships.

Action at the Greiner Family OSU Cross Country Course begins at 9:20 a.m. with Shufelberger in the women’s 6K, with the men’s 10K to follow at approximately 10:10 a.m. The meet will be broadcasted live on ESPNU.

The top 40 finishers in each race earn All-American honors.

Read more from the original source:
A-State’s Shufelberger Set for NCAA Cross Country Championships Saturday. Article may or may not reflect the views of KLEK 102.5 FM or The Voice of Arkansas Minority Advocacy Council