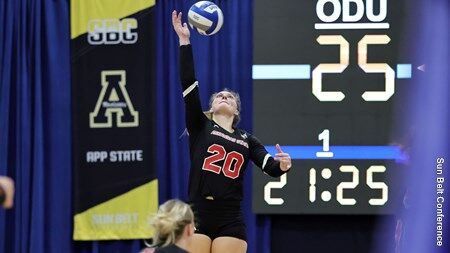 The Academic All-District Women’s Volleyball Team recognizes the nation’s top student-athletes for their combined performances on the field and in the classroom. To qualify, student-athletes must maintain a 3.50 GPA or higher, have a minimum of one year completed at their current institution and be a starter or key reserve player, athletically.

In the classroom, the Ozark, Mo., native boasts a 3.88 GPA in pursuit of her master’s degree in sports administration.

The two-time All-Sun Belt Conference pick ended her career ranked second in school history in attacks (4,875) and fourth in kills (1,626). Her 3.37 kills per set is sixth all-time at A-State while her 104 service aces is tied for 10th.

More here:
A-State’s Putt Tabbed College Sports Communicators Academic All-District. Article may or may not reflect the views of KLEK 102.5 FM or The Voice of Arkansas Minority Advocacy Council