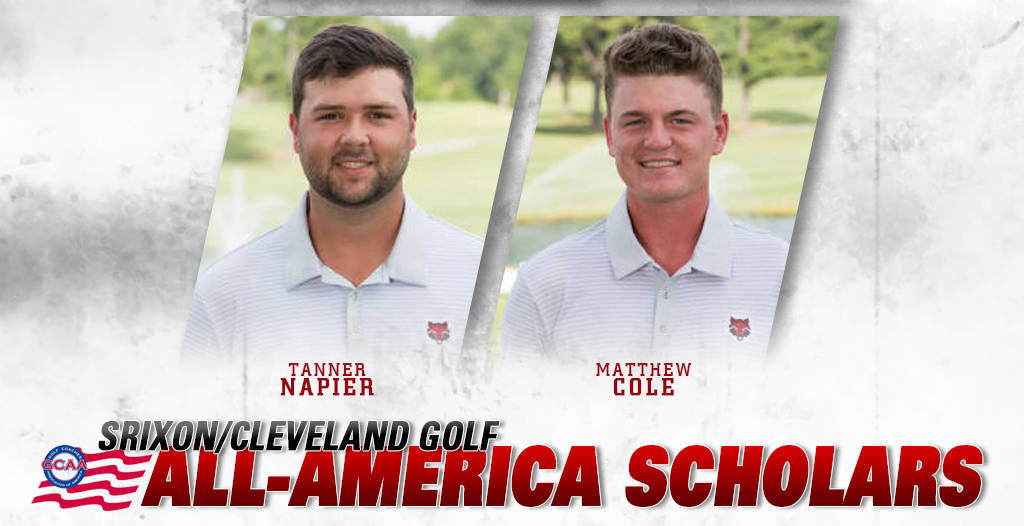 Napier, a Paris, Texas, native and Cole of Fayetteville, Ark., represent the Red Wolves on the 2018 list that includes 265 Division I student-athletes. Eligibility for the honor requires an individual must be a junior or senior academically who compiled a stroke average under 76.0 and maintained a minimum cumulative career GPA of 3.2.

The Red Wolves were recently tabbed by the GCAA as an All-Academic Team for posting at least a 3.0 team GPA for the 2017-18 academic year. The A-State program has now earned the recognition all three years under head coach Mike Hagen.

A three-time All-Sun Belt Conference selection, Napier was named a Srixon/Cleveland Golf All-America Scholar for the second consecutive year. He concluded his Arkansas State career by placing tied for 29th place at the 2018 NCAA Regional in Norman, Okla., giving him the best finish ever by an A-State golfer competing as an individual at an NCAA Regional.

Cole posted a 74.21 stroke average last season, collecting two top-10 finishes that included a championship effort at the Red Wolves’ annual home tournament, the Bubba Barnett Intercollegiate. He was named the Sun Belt Conference Golfer of the Week on April 22 after winning the tournament with a 54-hole 206 score (66-71-69).

The Red Wolves will open their 2018-19 season Sept. 10-11 at the Lone Star Invitational in San Antonio, Texas.

Original article source: http://www.astateredwolves.com//ViewArticle.dbml?DB_OEM_ID=7200&ATCLID=211736080 | Article may or may not reflect the views of KLEK 102.5 FM or The Voice of Arkansas Minority Advocacy Council