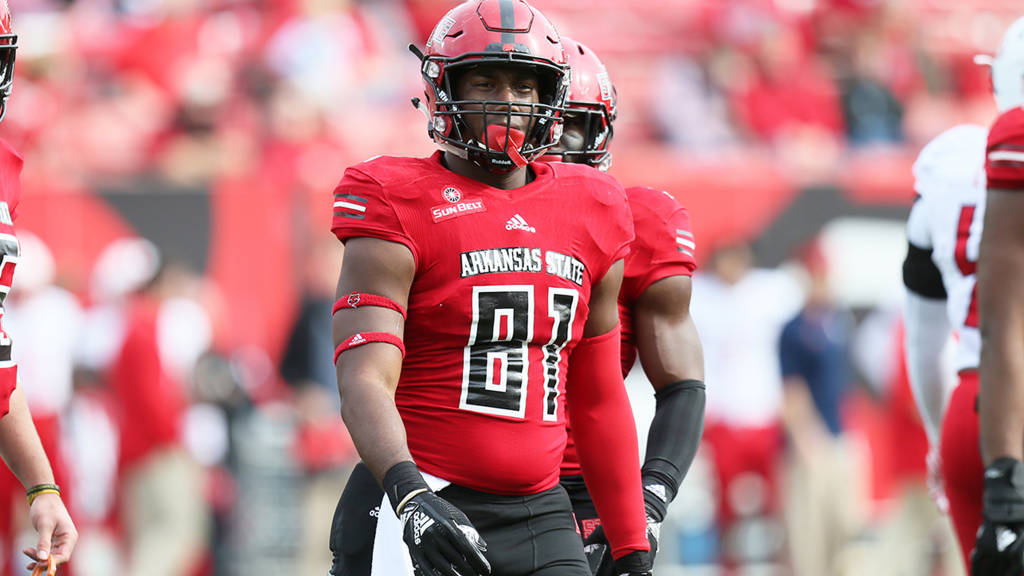 Isaac is one of 60 tight ends across the country on this year’s watch list for the prestigious award.  He joins Blake Mack (2017) and Darion Griswold (2014-15) to become the third all-time A-State player to earn the recognition.

Isaac was named Second Team All-Sun Belt Conference last season after ending the season with 12 receptions for 210 yards and four touchdowns despite missing three games due to injury.  His totals for receiving yards and touchdowns ranked as the second and third most in the league among tight ends, respectively.

The Lafayette, La., native was a Phil Steele’s Second Team All-Sun Belt pick a year ago as well.  Heading into the 2019 season, he has also been tabbed preseason first team all-conference by Lindy’s, Street & Smith’s, Athlon Sports and College Football News.  Phil Steele’s listed him as the 30th-ranked draft eligible tight end in the nation.

Original article source: http://www.astateredwolves.com//ViewArticle.dbml?DB_OEM_ID=7200&ATCLID=211807476 | Article may or may not reflect the views of KLEK 102.5 FM or The Voice of Arkansas Minority Advocacy Council