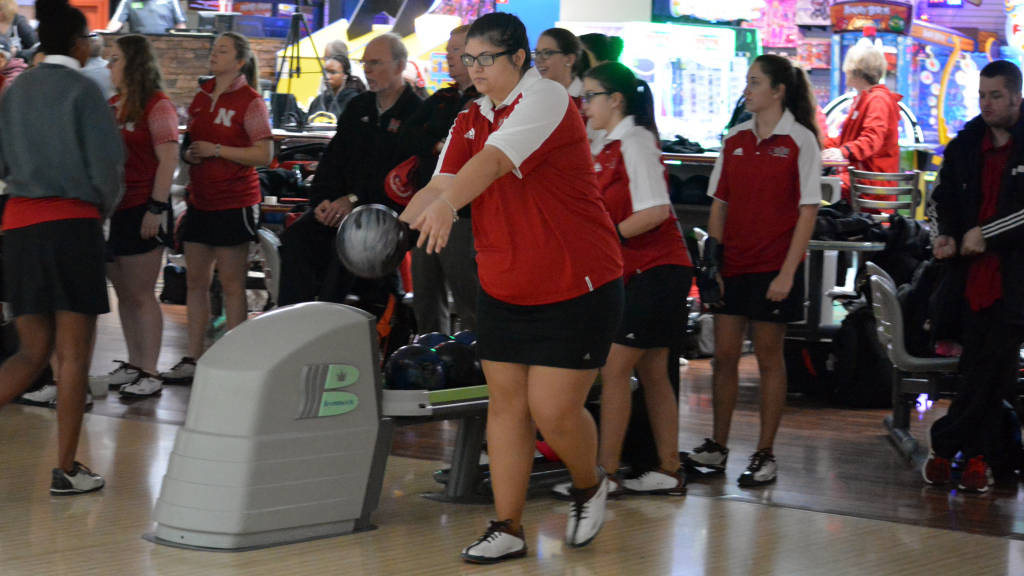 DALLAS, Texas (7/21/18) – Arkansas State bowler Julia Huren has earned the number one seed in the Junior Gold Championships U20 Division and has clinched a spot on Junior Team USA for the second straight season.

A native of Westland, Mich., Huren earned the top spot after defeating Kaitlyn Eder 421-389 in the winner’s bracket final. She will face Eder or Abby Ragsdale Saturday night in the finals at the International Research and Training Center in Dallas, Texas. The match between Eder and Ragsdale along with the final when Huren takes on the winner will be taped by CBS Sports Network and aired on Aug. 7 at 7 p.m.

Huren knocked down 5,224 pins for a 200.92 per match average to qualify 15th and sneak into the double-elimination match play with the top 16 qualifiers. She bowled a high game of 258 during the qualifying rounds (July 16-19) and posted a 245 during the advancers round July 20.

Earlier today Huren upset the second seed Kamerin Peters 393-372 in her first match before claiming wins over Justine Brookover (411-360) and Addison Herzberg (359-309) to set up the match she won over Eder to claim the top seed.

Huren was a member of Junior Team USA this past year and by earning the number one seed in this event has clinched a spot on the squad for next year.

A sophomore last season, Huren recorded an average pinfall of 192.89 during traditional matches and was fifth in the Southland Bowling League in leadoff bowler first frame strike percentage at 44.90 percent.

Original article source: http://www.astateredwolves.com//ViewArticle.dbml?DB_OEM_ID=7200&ATCLID=211735727 | Article may or may not reflect the views of KLEK 102.5 FM or The Voice of Arkansas Minority Advocacy Council