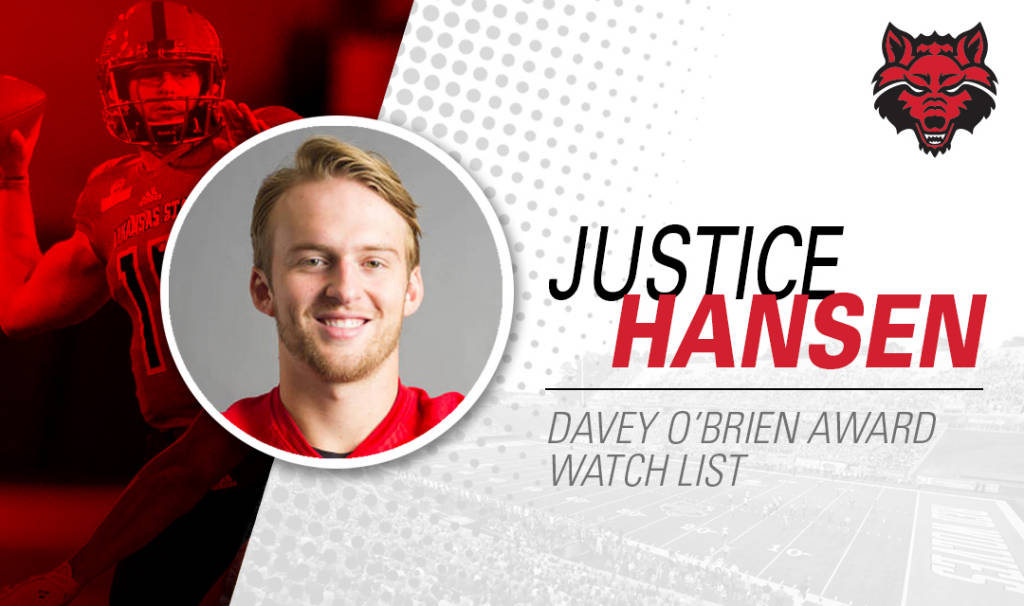 Hansen, who was also recently named to the Maxwell Award Watch list, enters his senior season ranked second in the nation among active players with an average of 267.4 yards per game. He also ranks sixth nationally in total offense per game (289.6) and touchdown passes (56), while also ranking eighth in career passing yards (6,686) and ninth in total offense (7,239).

Hansen is the fourth quarterback in A-State history to be named to the Davy O’Brien Watch List and the first since 2015.

The Davey O’Brien National Quarterback Award is presented annually to the nation’s best college quarterback and is the oldest and most prestigious national quarterback award. Appearing on the watch list is not a requirement for a player to win the award. Quarterbacks from all 130 NCAA Division I Football Bowl Subdivision (FBS) schools are eligible.

Original article source: http://www.astateredwolves.com//ViewArticle.dbml?DB_OEM_ID=7200&ATCLID=211735335 | Article may or may not reflect the views of KLEK 102.5 FM or The Voice of Arkansas Minority Advocacy Council