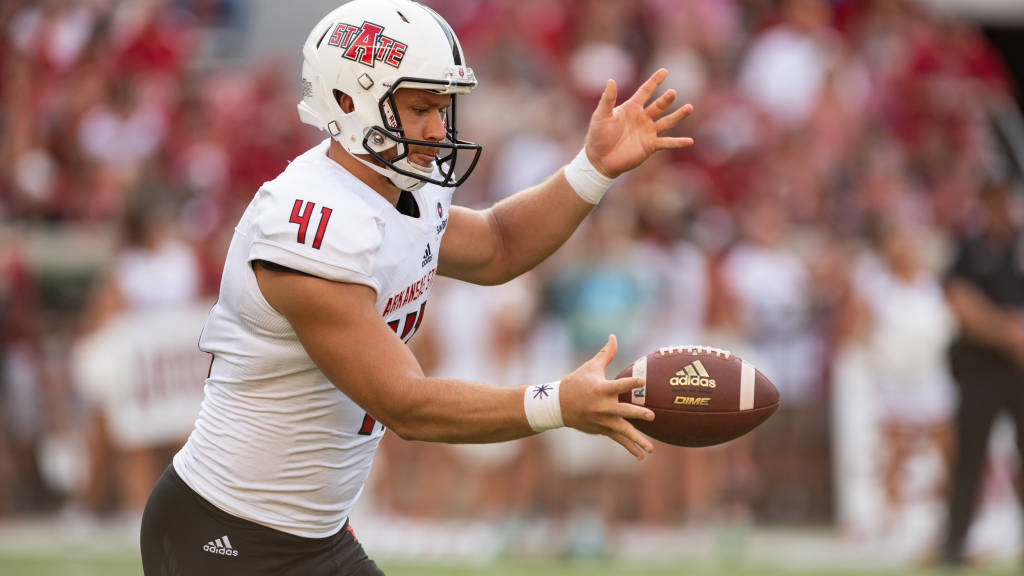 Grace is the only player in school history to appear on the watch list for the nation’s top collegiate punter three times.  He was tabbed one of 10 semifinalists for the award each of the last two seasons.

The Perth, Western Australia, native completed his junior year as a Second Team All-Sun Belt choice after helping the Red Wolves post an NCAA record for punt return defense.  He posted only one touchback in 64 attempts, while his punts were returned just eight times for -15 yards.

Grace recorded a Sun Belt-high 25 punts inside the opponent’s 20-yard line.  Even though his one touchback tied the fewest in the league, he still averaged 40.6 yards per attempt and a held a net punting average of 40.5.

He has also been named a 2019 Preseason Second Team All-SBC pick, while Phil Steele’s and Athlon Sports placed him on their preseason first team for the league.  Over the course of his two-year career with the Red Wolves, Grace has posted only one touchback in 113 putting attempts, which have been returned just 12 times (11 percent).

The Ray Guy Award is a member of the National College Football Awards Association (NCFAA), which encompasses college football’s most prestigious awards.  Founded in 1997, the NCFAA and its 22 awards now boast over 800 recipients, dating to 1935.

Original article source: http://www.astateredwolves.com//ViewArticle.dbml?DB_OEM_ID=7200&ATCLID=211807725 | Article may or may not reflect the views of KLEK 102.5 FM or The Voice of Arkansas Minority Advocacy Council

Layne Hatcher Named as Manning Award Star of the Week