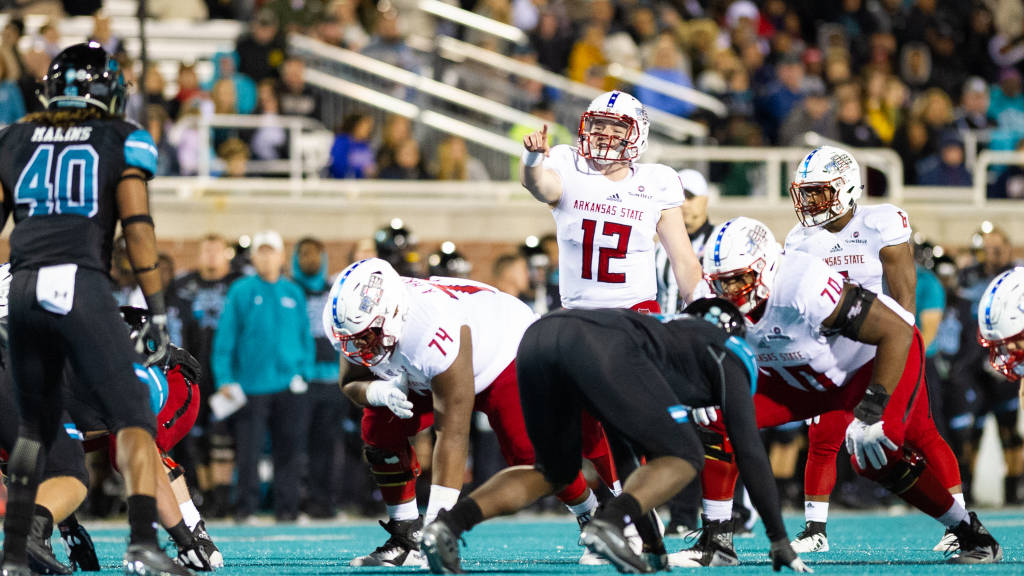 The award recognizes the top offensive player in FBS who also exhibits the enduring characteristics that define Earl Campbell – integrity, performance, teamwork, sportsmanship, drive, community and tenacity.  In addition, the nominee must be born in Texas and/or graduated from a Texas high school and/or played at a Texas-based junior college or four-year college.

An all-state selection at Rowlett (Texas) High School, Bonner redshirted his true freshman season before playing in a reserve role the last two seasons behind 2018 Sun Belt Conference Player of the Year Justice Hansen, who completed his eligibility last year.

The former Texas high school District 11-6A MVP has seen action in nine combined games the last two seasons, completing 24-of-53 passes for 251 yards and a pair of touchdowns.  A highly touted recruit coming out of high school, Bonner ended his senior season at Rowlett by connecting on 272-of-357 pass attempts for 3,671 yards and 32 touchdowns.

Original article source: http://www.astateredwolves.com//ViewArticle.dbml?DB_OEM_ID=7200&ATCLID=211809086 | Article may or may not reflect the views of KLEK 102.5 FM or The Voice of Arkansas Minority Advocacy Council