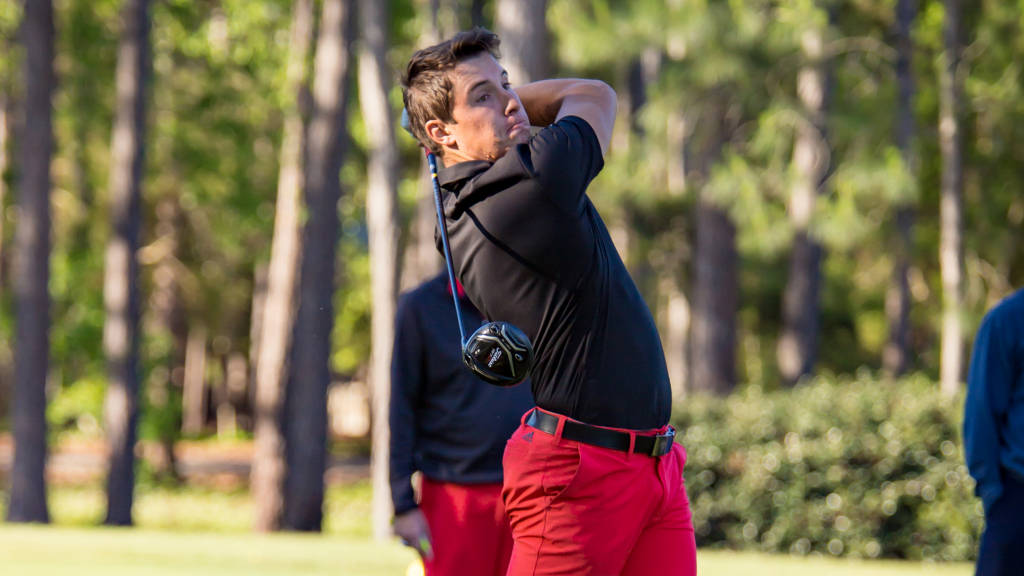 LAKE CHARLES, La. (3/19/19) – Arkansas State’s Julien Sale finished tied for fourth place Tuesday at the Lake Charles Invitational, where the 18th-ranked Red Wolves finished eighth of 18 teams after recording a combined 847 over the last two days at The Country Club at The Golden Nugget.

Sale shot a 204, the best three-round total of his career, to claim his fifth top-10 finish this season.  His total included a career-low 66 for the second 18 holes, but he also posted a 68 and 70 for the first and third rounds, respectively.

Joining Sale among the top 25 leaders for A-State was Zan Luka Stirn, who tied for 16th place with a combined 211 (69-72-70).  The junior has now placed in the top 20 in all but one of A-State’s eight tournaments this season.

The Red Wolves improved their score each round, opening with a 285 before coming back to shoot a second-round 282 followed by a 280 today.  They finished only one stroke behind McNeese State and Texas State, which tied for sixth place.  No. 43 TCU claimed the tournament championship with an 817, while No. 10 Texas Tech finished runner-up and UTSA took third.

A-State returns to action April 1-2, when it will host the Bubba Barnett Intercollegiate at RidgePointe Country Club.

Original article source: http://www.astateredwolves.com//ViewArticle.dbml?DB_OEM_ID=7200&ATCLID=211796320 | Article may or may not reflect the views of KLEK 102.5 FM or The Voice of Arkansas Minority Advocacy Council