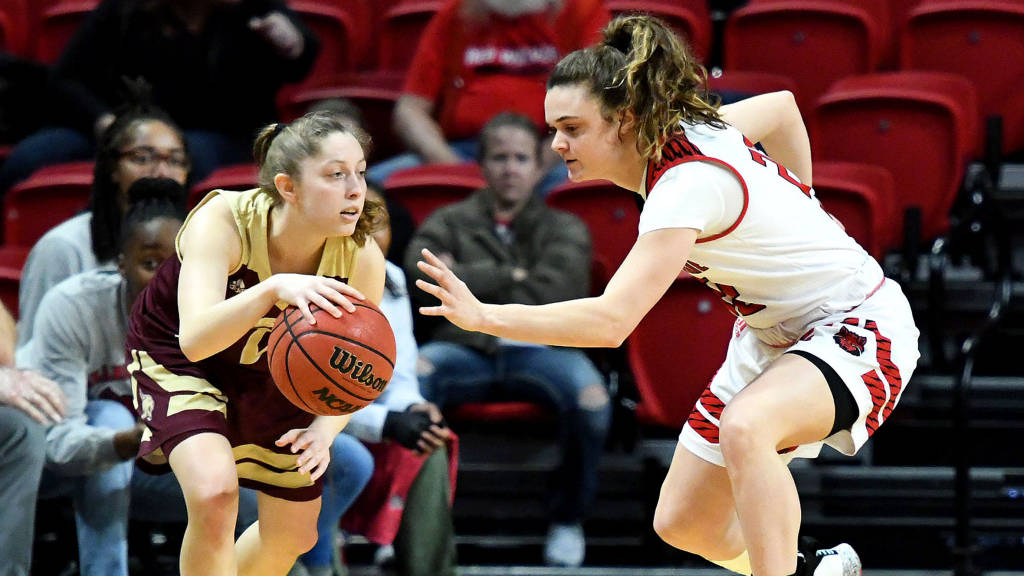 JONESBORO, Ark. (1/19/19) – The Arkansas State women’s basketball team fell behind Texas State by as many as 19 points in the first period and couldn’t overcome the slow start, suffering an 85-62 defeat in Sun Belt Conference play Saturday at First National Bank Arena.

“Obviously we got off to a really poor start,” A-State head coach Brian Boyer said. “Offensively they just picked us to pieces early on and they went zone on us early and we struggled to hit shots off of it and never really got back into any type of rhythm on the offensive end of the floor.

The Red Wolves fell behind 21-2 seven minutes into the game and trailed 23-7 by the end of the first period.  They were able to pull back within 12 three different times in the second period and trailed 33-21 at the 2:38 mark, but were outscored 8-0 down the stretch to go into the locker room down 41-21.

Tennison scored the first four points of the second half and Akasha Westbrook connected on a pair of free throws to pull the Red Wolves back within 14, but the Bobcats responded with a 17-3 run.

They went on to outscore A-State 28-15 in the period, taking a 69-36 advantage into the final period.  The Red Wolves outscored the Bobcats 26-16 in the fourth period, but couldn’t get closer than 19 points.

Original article source: http://www.astateredwolves.com//ViewArticle.dbml?DB_OEM_ID=7200&ATCLID=211787134 | Article may or may not reflect the views of KLEK 102.5 FM or The Voice of Arkansas Minority Advocacy Council