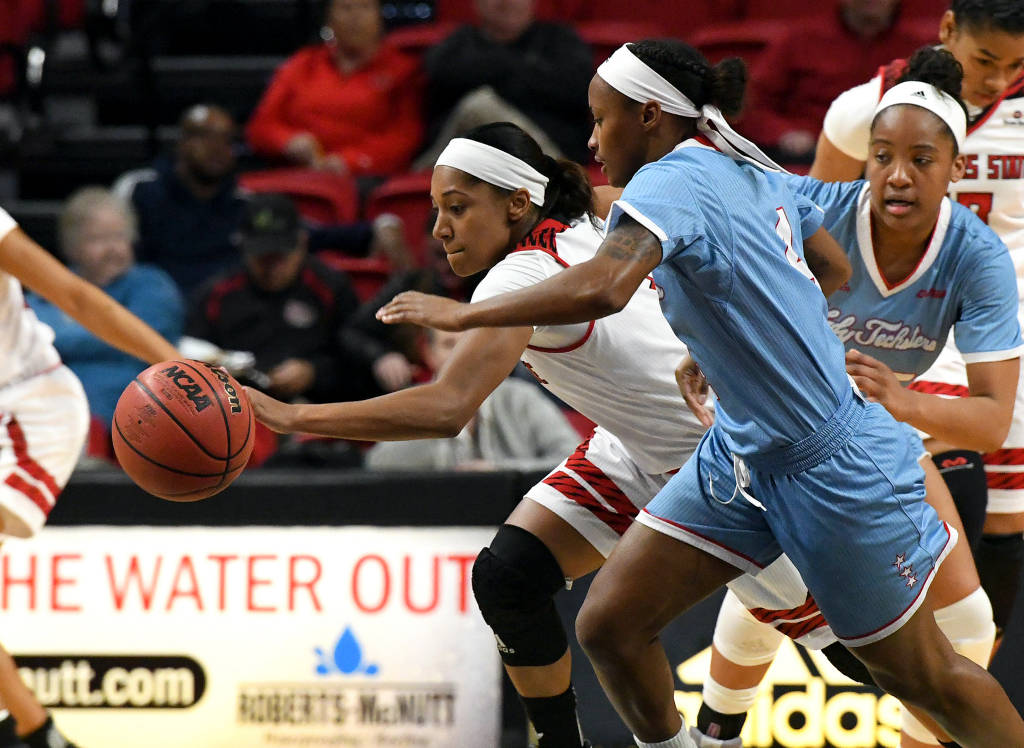 Trinitee Jackson led three Red Wolves’ in double-figures with 12 points, While Jireh Washington and Jordan Elder each added 10, but it was not enough as the Lady Techsters drained 11, 3-pointers on the night.

“This was a really good team we played tonight and unfortunately I don’t feel like we gave it our best,” A-State head coach Brian Boyer said. “So far this year we have been a team that has been able to claw back in situations late, but it was just too much to ask today because that is a really talented group.”

LA Tech jumped out to a 42-25 advantage in the first half, but A-State closed the gap in the third quarter as it became more aggressive and attacked the basket to draw the Lady Techsters into foul trouble.

The Red Wolves worked the deficit down to 60-51 after a layup by Jackson with 1:27 to go in the third quarter. The Lady Techsters pushed the advantage back to 12 before Akasha Westbrook made 1-of-2 free throws, the second of which bounced off a LA Tech player to give A-State the ball back with 21 seconds to go.

Elder shot a 3-pointer as time expired that would have cut the deficit to eight, but it bounced off the rim to deny her team the momentum going into the final quarter.

“We were really close during that stretch in the third quarter and scoring wise we were within reach, but it just never had that feel today,” Boyer said. “They were shooting it so well that it feel like if we made a run it was going to have a big one and it just never happened for us.”

The lead reached 18 in the fourth quarter before A-State went on an 8-0 run to close out the game and get within 10 points at the final horn.

The Red Wolves return to action, Friday, Nov. 23 when they will take on No. 20 Texas A&M in College Station, Texas. Tip-off is set for 4 p.m. and the game will be broadcast on the SEC+ Network.

Original article source: http://www.astateredwolves.com//ViewArticle.dbml?DB_OEM_ID=7200&ATCLID=211781480 | Article may or may not reflect the views of KLEK 102.5 FM or The Voice of Arkansas Minority Advocacy Council