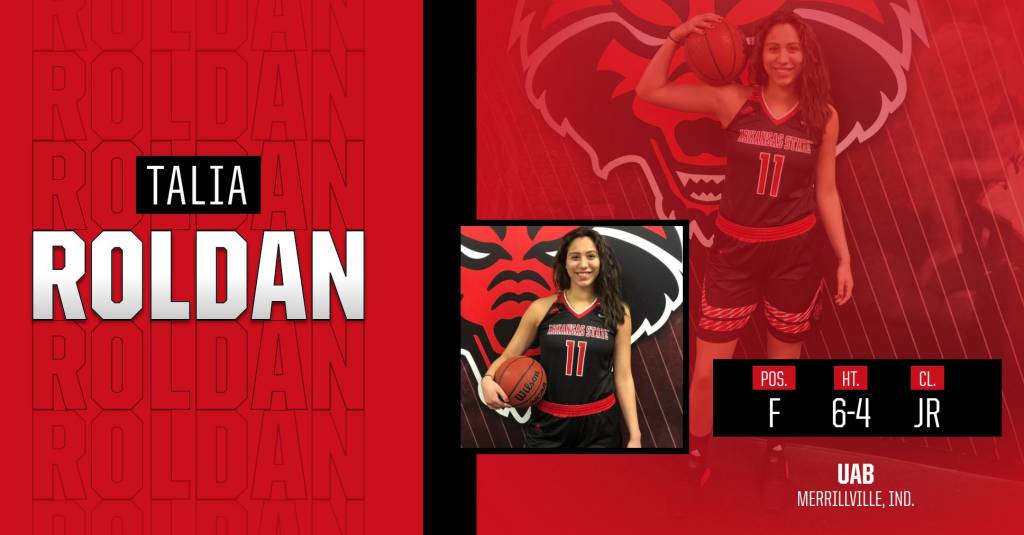 JONESBORO, Ark. (4/24/19) – Arkansas State women’s basketball coach Matt Daniel has announced the signing of transfer forward Talia Roldan to the Red Wolves roster. Roldan transfers to A-State from UAB and will have two years of eligibility remaining when she takes the court for the 2020-21 season.

“Talia has experience in a championship culture,” Daniel said. “Her skill set will be of great value with her ability to play inside and stretch the floor. She is a coach’s kid who loves the gym. I am excited for her to be a part of our family.”

Roldan played in 19 games as a sophomore for UAB last year averaging 1.1 points and 1.0 rebounds per game. As a freshman, she appeared in 16 games helping the Blazers to 27 total wins and 13 wins in C-USA play, both program records. UAB won their first Conference USA Regular Season Championship and made their first postseason appearance since 2010-11. She averaged 2.0 points and 1.0 rebounds in her freshman campaign.

A native of Merrillville, Ind., Roldan netted 402 points and reeled in 293 rebounds in two seasons for Andrean High School. She averaged 10.0 points and 6.4 rebounds per game as a senior after averaging 12.2 points, 7.2 rebounds and 2.2 blocks as a junior. She represented Puerto Rico on its U18 Junior National team where she averaged 5.8 points per game and 5.5 rebounds per game in five international games. She played her freshman and sophomore seasons at Griffith High School totaling 401 points and 308 rebounds in the two seasons. A two-sport star, Roldan also played volleyball as a freshman and helped Griffith win a sectional title. In her senior year at Andrean, she registered 124 kills, 31 blocks and 18 digs.

Original article source: http://www.astateredwolves.com//ViewArticle.dbml?DB_OEM_ID=7200&ATCLID=211801357 | Article may or may not reflect the views of KLEK 102.5 FM or The Voice of Arkansas Minority Advocacy Council