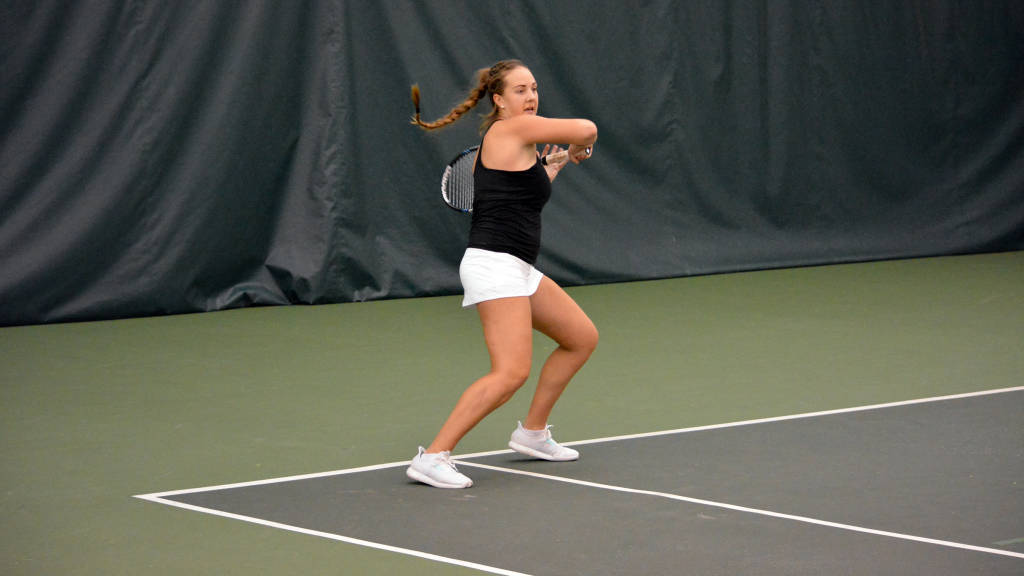 The Red Wolves improved to 2-1 on the young season by winning both of the completed doubles matches and getting singles victories from Pornpawee Pramethong, Shelby King and Anita Detlava.  With the wins, King (3-0) remained undefeated on the year, Detlava improved to 2-1 and Pramethong now stands 1-2.

A-State defeated ORU (1-7) in straight sets in the top three singles positions, including Detlava with a 6-0, 6-0 victory over Flavia Gutierrez Balcazar.  Pramethong claimed a 6-3, 7-5 win versus Gorana Kadijevic at the No. 1 spot, while King topped Ceijenia Cornelius 6-2, 6-1.

In doubles action, King and Shannon O’Brien shutout ORU 6-0 in their match before Detlava and Berta Masdevall Masip teamed up to secure the point with a 6-2 victory.

“Anita and Shelby both played really well in singles and doubles,” said A-State head coach Kel Lange.  “We took control of the match early, and did a really nice job finishing sets and matches.”

The Red Wolves return to action Friday, Feb. 15, with a 2:00 p.m. road contest at UCA.  Follow the A-State women’s tennis team on Twitter at @AStateTennis for the latest news and updates on match times and schedule changes.

Original article source: http://www.astateredwolves.com//ViewArticle.dbml?DB_OEM_ID=7200&ATCLID=211790031 | Article may or may not reflect the views of KLEK 102.5 FM or The Voice of Arkansas Minority Advocacy Council