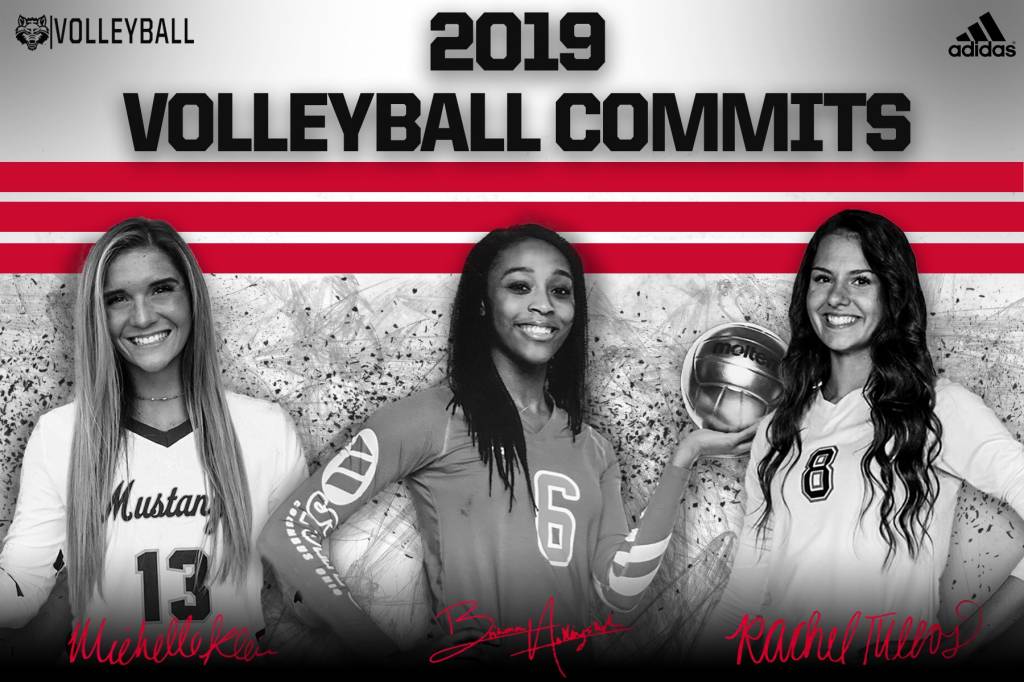 Hollingshed was a four-year letterwinner at North High School in Pickerington, Ohio where helped lead her school to the district semifinals this past season. She was a 2018 Ohio High School Athletic Association First-Team selection this past year, while also garnering first-team honors in 2017.

She was also named the 2016 and 2017 Varsity Volleyball Defensive Player of the Year at her school, while also gathering All-State Honorable Mention and First-Team All-District and All-Conference honors as a junior. She has collected over 250 blocks in her career, while also turning in four seasons of 100 kills or more, including 232 kills as a junior.

Tullos is a four-year letter winner at John H. Guyer High School where she has been a First-Team All-Conference, All-District, and All-State selection. She was named the Denton Record-Chronicle All-Area Co-Offensive MVP in 2016 and was the publication’s Newcomer of the Year in 2015. In 2017 and 2018 her team combined to win over 60 games and had back-to-back state tournament appearances.

As a senior, Klein helped Cypress Ranch win 29 games while leading the team with 437 kills and 40 aces. She added 37 blocks and also finished second with 443 digs. For her high school career, Klein amassed over 600 kills, 700 digs, and 60 aces.

Original article source: http://www.astateredwolves.com//ViewArticle.dbml?DB_OEM_ID=7200&ATCLID=211780670 | Article may or may not reflect the views of KLEK 102.5 FM or The Voice of Arkansas Minority Advocacy Council