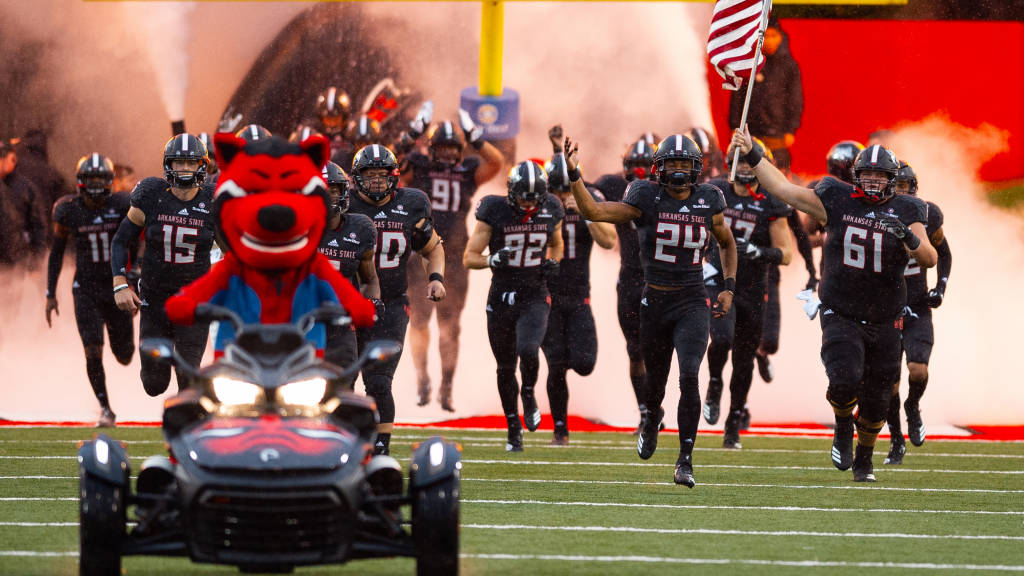 JONESBORO, Ark. (2/4/19) – The Arkansas State Athletics Department has announced it will hold a social event Wednesday, Feb. 6, in Jonesboro to both recap the football program’s 2019 recruiting class and to introduce the Red Wolves’ seven new assistant football coaches to the public.

The combined meet-and-greet and recruiting recap will take place at Centennial Bank Stadium’s Woodard McAlister Family Club.  Doors will open at 5:30 p.m. and the program, featuring the entire football coaching staff, will begin at 6:00 p.m.  There will be a cash bar available and light snacks will be provided.

Those in attendance will have an opportunity to not only visit with the A-State coaching staff, but also hear from head coach Blake Anderson as he introduces his staff and discusses the Red Wolves’ entire recruiting class on the same day as the second NCAA national signing period begins.  The gathering will include video highlights of each recruit, as well as additional information on each new coach’s background and their journey to A-State.

Joining the coaching staff this offseason have been Keith Heckendorf, Sean Coughlin, Malcolm Kelly and Rashad Jackson on the offensive side of the ball and David Duggan, Brandon Joiner and Ed Pinkham on the defensive side.

The early signing period was held in December, and the Red Wolves have already announced 17 players from nine different states who have joined the program as part of its 2019 recruiting class.  A-State’s latest signing class, the sixth under Anderson, is currently made up of 10 defensive and seven offensive players.

Original article source: http://www.astateredwolves.com//ViewArticle.dbml?DB_OEM_ID=7200&ATCLID=211789178 | Article may or may not reflect the views of KLEK 102.5 FM or The Voice of Arkansas Minority Advocacy Council