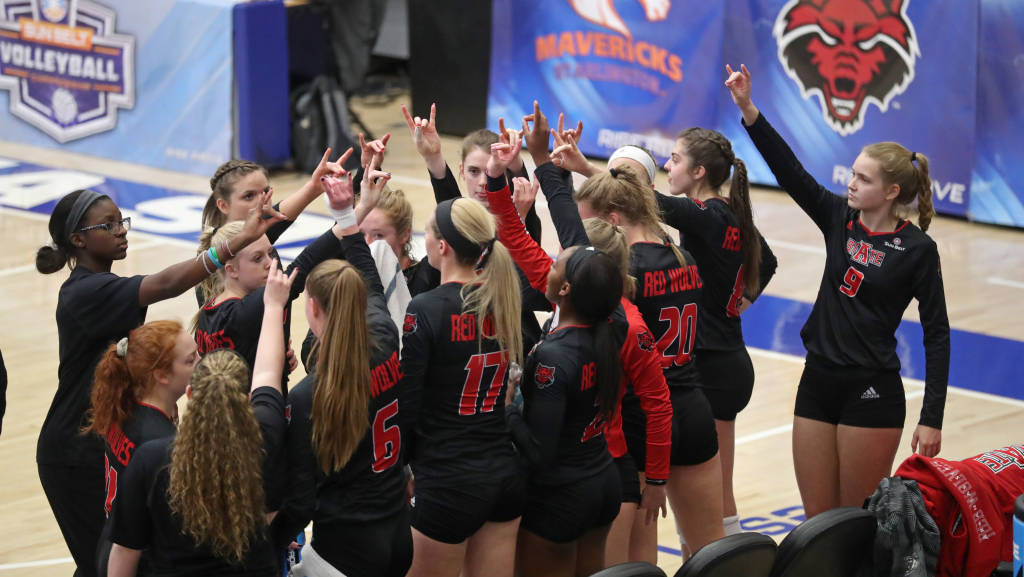 A-State to Play Tulane in NIVC

JONESBORO, Ark. (11/25/18) – The Arkansas State women’s volleyball team has accepted an invitation to compete in the National Invitational Volleyball Championship as an at-large selection in the 32-team field as the full bracket was announced by the organization Tuesday night.

The Red Wolves (19-13) will play at Tulane Thursday, Nov. 29 at 7:30 p.m. The winner of the matchup between A-State and the Green Wave (25-8) will advance to play the winner of Little Rock (19-12) and Cal Baptist (19-10) Friday night at 7 p.m. at Tulane. Quarterfinal, semifinal, and championship match sites will be announced as the tournament progresses.

A-State and Tulane have six times with each team winning three times in the series. The last meeting took place in 1992 with A-State earning a 3-0 victory at a tournament hosted by Ole Miss. The Green Wave finished with a 25-8 overall record and a 13-5 mark for a third-place finish in the American Athletic Conference.

This is the second straight appearance for head coach David Rehr’s squad in the NICV after it defeated Southern Illinois-Edwardsville during in 2017 before falling to Ole Miss in the following round. Overall this will be the fifth appearance for A-State in the NIVC and it has compiled a 9-8 record all-time in the event.

Original article source: http://www.astateredwolves.com//ViewArticle.dbml?DB_OEM_ID=7200&ATCLID=211781831 | Article may or may not reflect the views of KLEK 102.5 FM or The Voice of Arkansas Minority Advocacy Council