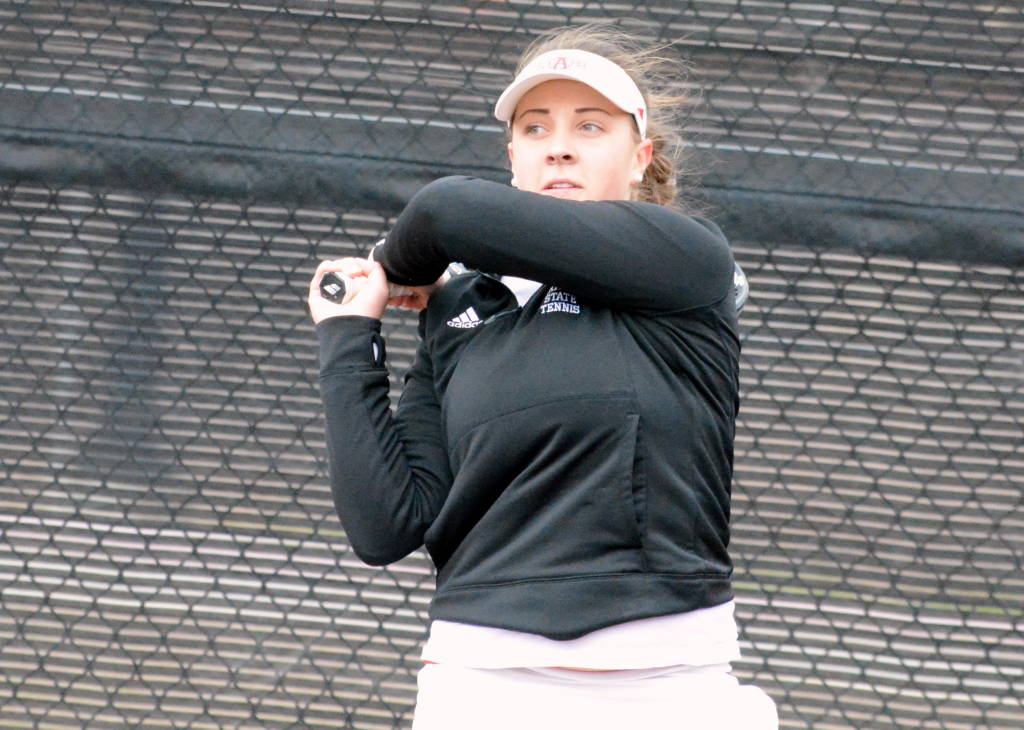 LITTLE ROCK, Ark. (2/16/19) – The Arkansas State women’s tennis earned its third shutout of the season in a 4-0 victory over UMKC Saturday afternoon at a neutral site event at the Little Rock Racquet Club.

With the victory, A-State moves to 3-2 on the year, while the Kangaroos fell to 2-5. All of A-State’s wins have come via a shutout.

In singles’ competition, A-State earned victories on courts one, three and four after securing the doubles’ point earlier in the match. Newcomer Pornpawee Pramethong gave the Red Wolves a 2-0 advantage with a 6-2, 6-2 win on court two over Michela Xibilia, while, Anita Detlava earned a straight set 6-1, 6-4 win over Yana Grechkina on court three.

The decisive victory for the Red Wolves came on court four with Berta Masedvall Masip downing Riddhi Sharma 7-6 (4), 7-6 (2) to clinch the match.

“I am really proud of the poise we showed today,” A-State head coach Kel Lange said. “We have played a lot of strong tennis in the early part of the season and it is something that we can build momentum as we approach March and get ready for the start of conference play.”

In the doubles’ point, Shelby King and Shannon O’Brien defeated Grace Ball and Thanushree Vale 6-1 on court two, while Pramethong and Amelia Guevremont clinched the point on court three with a 6-2 victory over Katie Fries and Sharma.

The Red Wolves return to the court March for a non-conference contest at Lipscomb.

Original article source: http://www.astateredwolves.com//ViewArticle.dbml?DB_OEM_ID=7200&ATCLID=211791120 | Article may or may not reflect the views of KLEK 102.5 FM or The Voice of Arkansas Minority Advocacy Council