The Red Wolves pick up their second consecutive Sun Belt win on the season and improve to 5-12 overall, 2-8 in league action. Louisiana drops to 6-14 overall and 1-8 in Sun Belt play.

“We won 4-0, but it was a battle today,” said A-State head coach Kel Lange. “We had to win a three setter on court three and Gammy (Pornpawee Pramethong) came from behind on court one to clinch the match. We controlled the doubles point today and I’m proud to see our effort in back-to-back days.”

The duos of Anita Detlava and Berta Masevall Masip along with Shelby King and Shannon O’Brien earned 6-0 sweeps to clinch the double point.

King took a 6-3, 6-2 victory over Dana Radovanovic to make the match score 2-0 in favor of the Red Wolves. On court three, Detlava rallied back after dropping the first set to win her contest 5-7, 6-3, 6-2. Pornpawee Pramethong also came back after a setback in her first set on court one taking her matchup 5-7, 7-6, 6-4 to clinch the match.

Original article source: http://www.astateredwolves.com//ViewArticle.dbml?DB_OEM_ID=7200&ATCLID=211799757 | Article may or may not reflect the views of KLEK 102.5 FM or The Voice of Arkansas Minority Advocacy Council 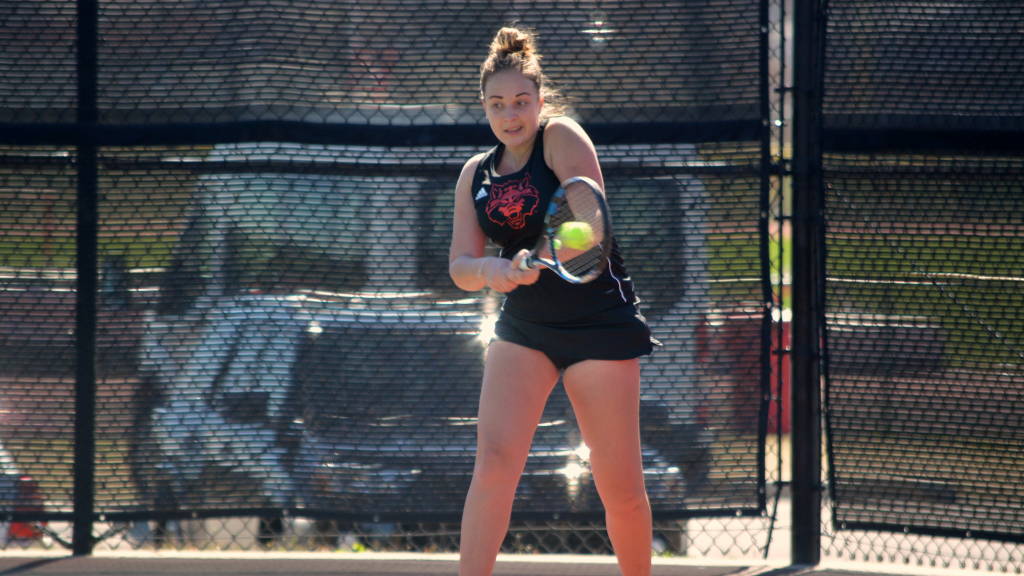