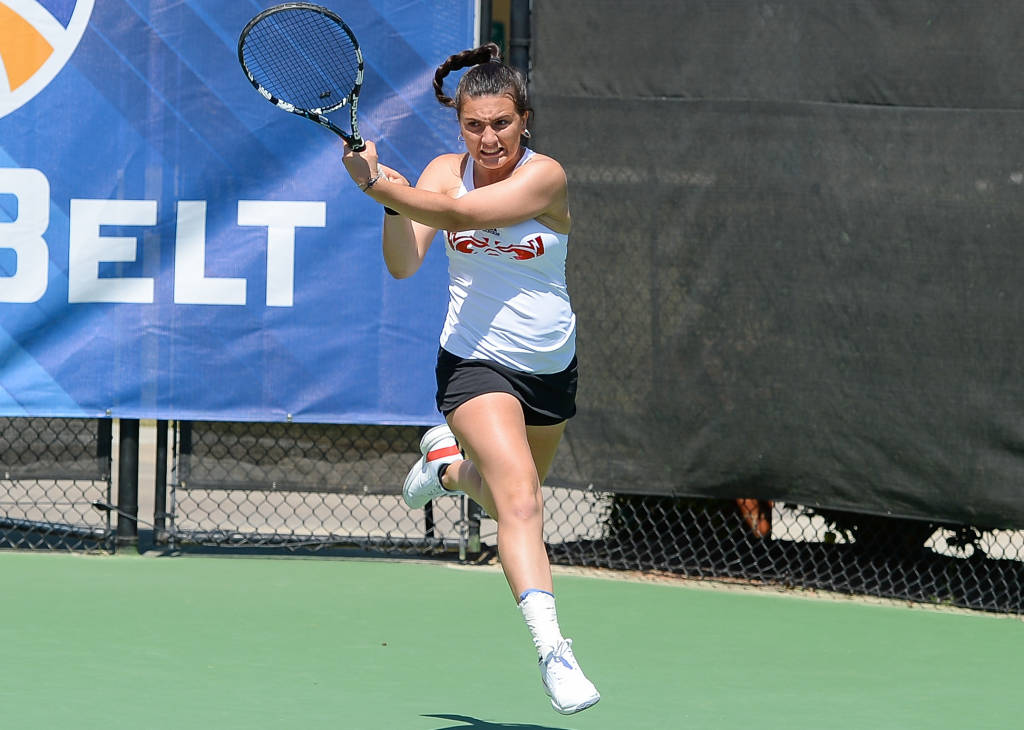 COLUMBIA, Mo. (1/25/19) – The Arkansas State women’s tennis captured a 6-1 victory over Southeast Missouri in its 2019 dual match season-opener Friday night at the Mizzou Tennis Complex on the campus of Missouri University.

“This was a fantastic start to the season,” A-State head coach Kel Lange said. “We showed a lot of guts today and we fought hard all night. We were down on several courts in singles and had to fight our way back into those matches and we did a tremendous job of doing that.”

The victory marks the first dual match victory in a season-opener for A-State since 2013 when it defeated Central Arkansas in a 6-1 road match.

A-State (1-0) won the doubles point to open the match behind solid performances on all three courts. Pornpawee Pramethong and Amelia Guevremont got things started on court three with a 6-2 victory over the Redhawks’ Romana Tarajova and Maniela Barriga. The Red Wolves clinched the match with a 7-6 victory on court one with Anita Detlava and Berta Masdevall Masip defeating Sneha Sinha and Kseniya Zonova.

On court two, Shelby King and Shannon O’Brien were defeated by Isabella Krupa and Teona Velkoska 7-5.

In singles competition, Detlava defeated Krupa 6-4, 6-4 to put A-State up 2-0 in the match. SEMO closed to within a point after Tarajova defeated Pramethong 6-2, 2-6, 7-5 on court one, but it would be the only victory of the night for the Redhawks as A-State won the remaining four matches.

The Red Wolves return the courts for a quick turnaround Saturday afternoon when they will take on Missouri in Columbia, Mo., with a scheduled first serve at 5 p.m. Live scoring of the match will be available on AStateStats.com.

Original article source: http://www.astateredwolves.com//ViewArticle.dbml?DB_OEM_ID=7200&ATCLID=211787965 | Article may or may not reflect the views of KLEK 102.5 FM or The Voice of Arkansas Minority Advocacy Council