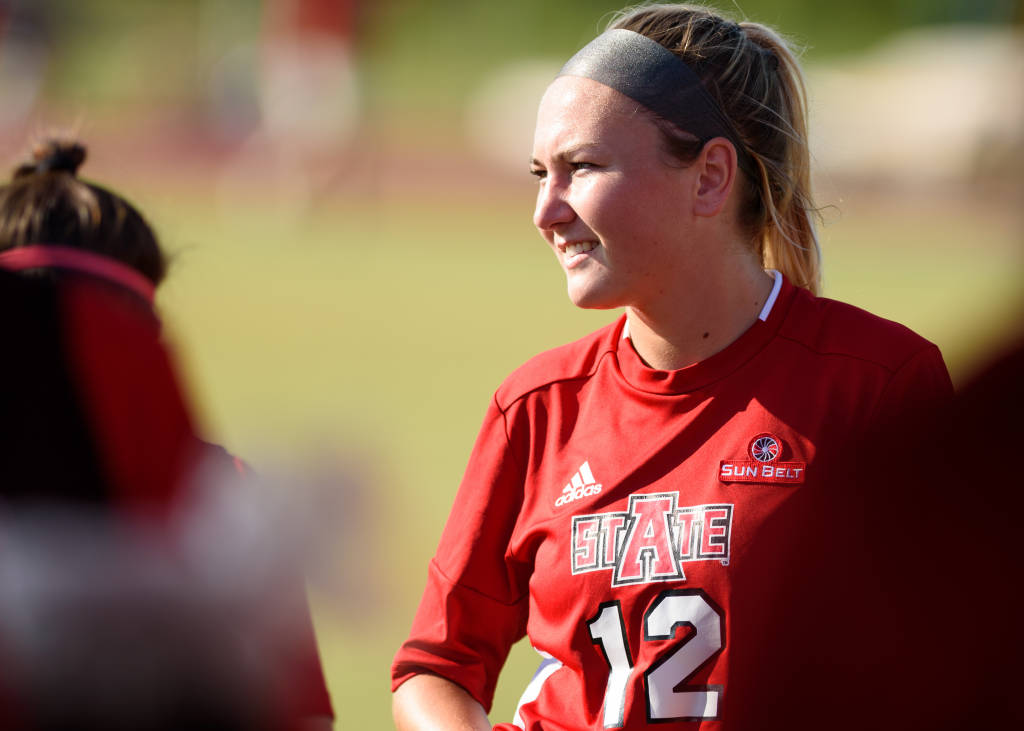 JONESBORO, Ark. (9/2/18) – Bailey Gellis’ goal with five minutes to go in the first half helped the Arkansas State women’s soccer team to a 1-0 victory over Oral Roberts at the Case Soccer Complex Sunday afternoon.

Gellis scored in the 40th minute when she took a pass in the center of the field through a pair of defenders from Abby Harris for an excellent look on target for the match’s only goal. Harris was able to lob the ball through the defenders after collecting a ball from Hannah Davis who had a fabulous touch to get the ball to Harris to setup the scoring sequence.

The goal was the only scoring that senior goalkeeper Kelsey Ponder needed as she made nine saves on the day and collected her 10th career shutout and her 17th career win for the Red Wolves. She also lowered her career goals against-average to 1.09 and now has 263 career saves.

Along with Ponder, the Arkansas State (3-0-2) defense withstood the offensive attack from Oral Roberts in the second half.

“We are really starting to become a tough team once we get the lead,” A-State soccer coach Brian Dooley said. “Once we get locked in and get the game into the pace we want we are a really tough team to breakdown.”

A-State continued to be aggressive on the counter attack and had chances to add to its lead, including a header by Maggie Ertl in the 47th minute that landed just wide of the target. Riley Ebenroth took a strike from distance in the 75th minute, while Victoria MacIntosh put a shot on goal in the 84th minute.

A-State returns home to take on Central Arkansas on Saturday, Sept. 8. Kickoff is set for 4 p.m. at the A-State Soccer Complex.

Original article source: http://www.astateredwolves.com//ViewArticle.dbml?DB_OEM_ID=7200&ATCLID=211770337 | Article may or may not reflect the views of KLEK 102.5 FM or The Voice of Arkansas Minority Advocacy Council