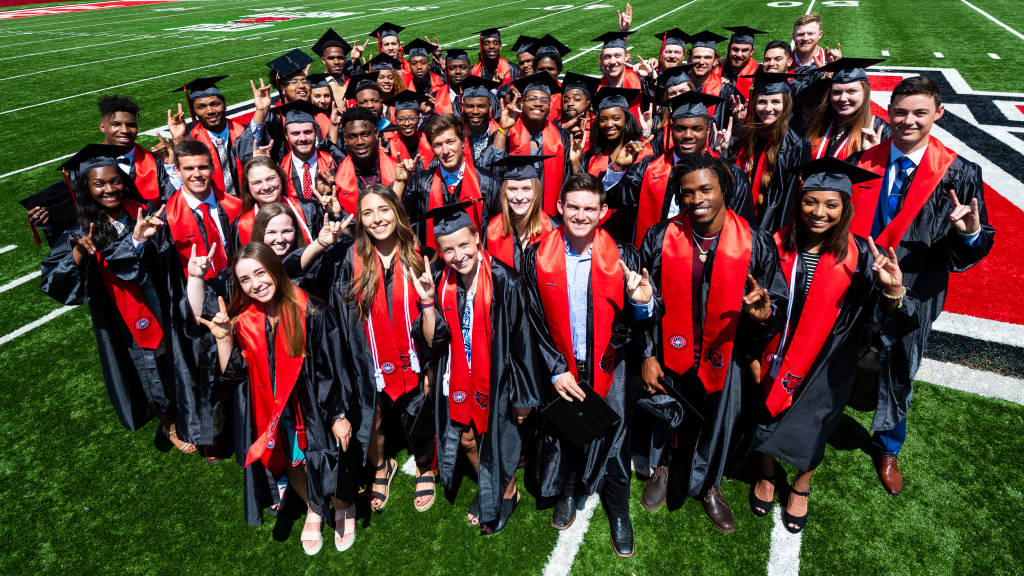 The latest graduating class of A-State student-athletes represented 15 of the Red Wolves’ 16 sports and also featured 33 individuals who were part of the school-record 232 members of the fall 2018 Athletics Director’s Honor Roll.  The group helped A-State compile a 3.12 all-department GPA this past fall, which was also an all-time high for the Red Wolves.

A-State continues to graduate its student-athletes at a school-record pace, posting an all-time-best 85 percent Graduation Success Rate (GSR) according to the latest NCAA date (2018).

Original article source: http://www.astateredwolves.com//ViewArticle.dbml?DB_OEM_ID=7200&ATCLID=211803202 | Article may or may not reflect the views of KLEK 102.5 FM or The Voice of Arkansas Minority Advocacy Council