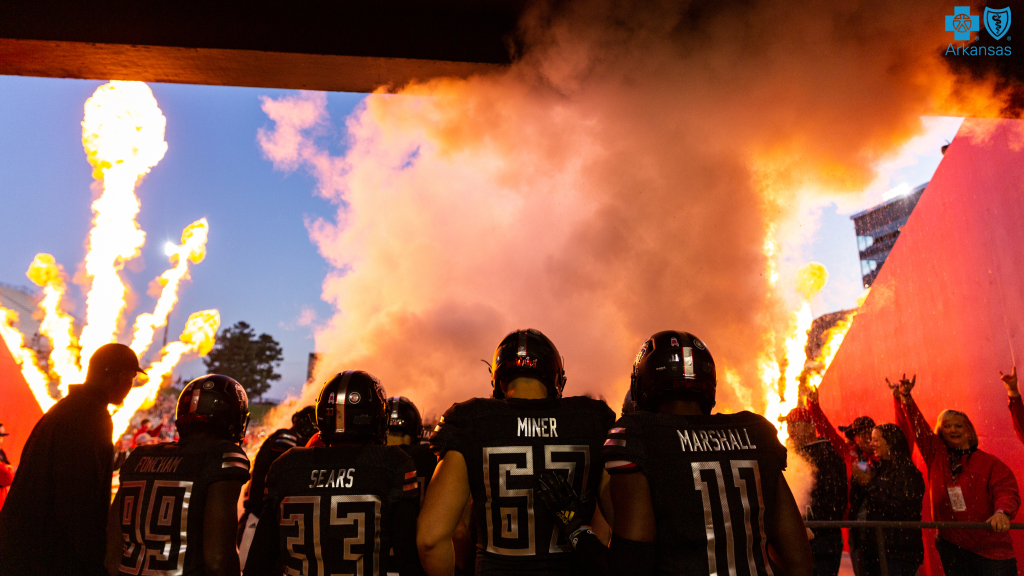 JONESBORO, Ark. (12/8/19) – The Arkansas State Athletics Department announced Sunday that the Red Wolves have accepted an official invitation to play in the 2019 Camellia Bowl on Saturday, Dec. 21, at 4:30 p.m. (CT).

The Red Wolves will face Conference USA member Florida International at Cramton Bowl stadium in Montgomery, Ala., in a contest set to be televised by ESPN.  A-State is making its school-record ninth consecutive bowl-game appearance (2011-19), which is the third longest streak in the Group of 5 and ranks 14th in the nation among all FBS programs.

“We’re excited about the opportunity to play in a bowl game for the ninth straight year,” said A-State head coach Blake Anderson.  “The Camellia Bowl offers a great experience for our players and the hospitality shown by Montgomery is fantastic.  We’re looking forward to getting back on the field for another game with the opportunity to finish our season strong.”

The Red Wolves will make their 17th all-time bowl appearance and their second at the Camellia Bowl, where it played Middle Tennessee in 2017.  With its matchup against the Panthers, A-State will remain the only Sun Belt team to ever face a Conference USA opponent in the bowl game.  Since its inaugural year in 2014, the Camellia Bowl has featured a Sun Belt versus Mid-American matchup in four of the six contests.

A-State completed its 2019 regular season with a 7-5 overall record and 5-3 Sun Belt Conference mark, finishing runner-up in the league’s West Division.  The Red Wolves’ 2019 regular-season campaign saw them produce at least seven wins for the ninth straight year, and they have piled up 74 victories since 2011 for the 25th most in the nation.

Including senior wide receiver Omar Bayles, the Sun Belt Conference Player of the Year, the Red Wolves had 16 different players earn all-conference recognition in 2019 for the second most honorees in the league among all programs.

Florida International completed the regular season with a 6-6 overall record and 3-5 mark in conference play.  The Panthers are making a school-record third consecutive bowl-game appearance.

Arkansas State and FIU have met eight times previously with the Red Wolves holding a 6-2 advantage in the all-time series that dates back to 2005.  All of the previous eight games between the two schools were played as Sun Belt Conference opponents.  They last played in 2012, when the Red Wolves claimed a 34-20 victory in Miami.

The year’s A-State versus FIU matchup will mark the sixth edition of the Camellia Bowl.  Fans are strongly encouraged to purchase all tickets to the Camellia Bowl through Arkansas State Athletics.  Purchasing tickets directly through A-State provides many benefits, including sitting with other A-State fans, providing direct revenue back to the university athletics programs, making A-State attractive to future bowl organizations and more.

Tickets are currently on sale online at AStateRedWolves.com/BowlCentral and through the First National Bank Arena in person or by phone (870-972-2781) beginning tomorrow morning at 9:00 a.m.

Ticket prices are $30.  Student ticket information will be made available early next week.

Original article source: http://www.astateredwolves.com//ViewArticle.dbml?DB_OEM_ID=7200&ATCLID=211816802 | Article may or may not reflect the views of KLEK 102.5 FM or The Voice of Arkansas Minority Advocacy Council