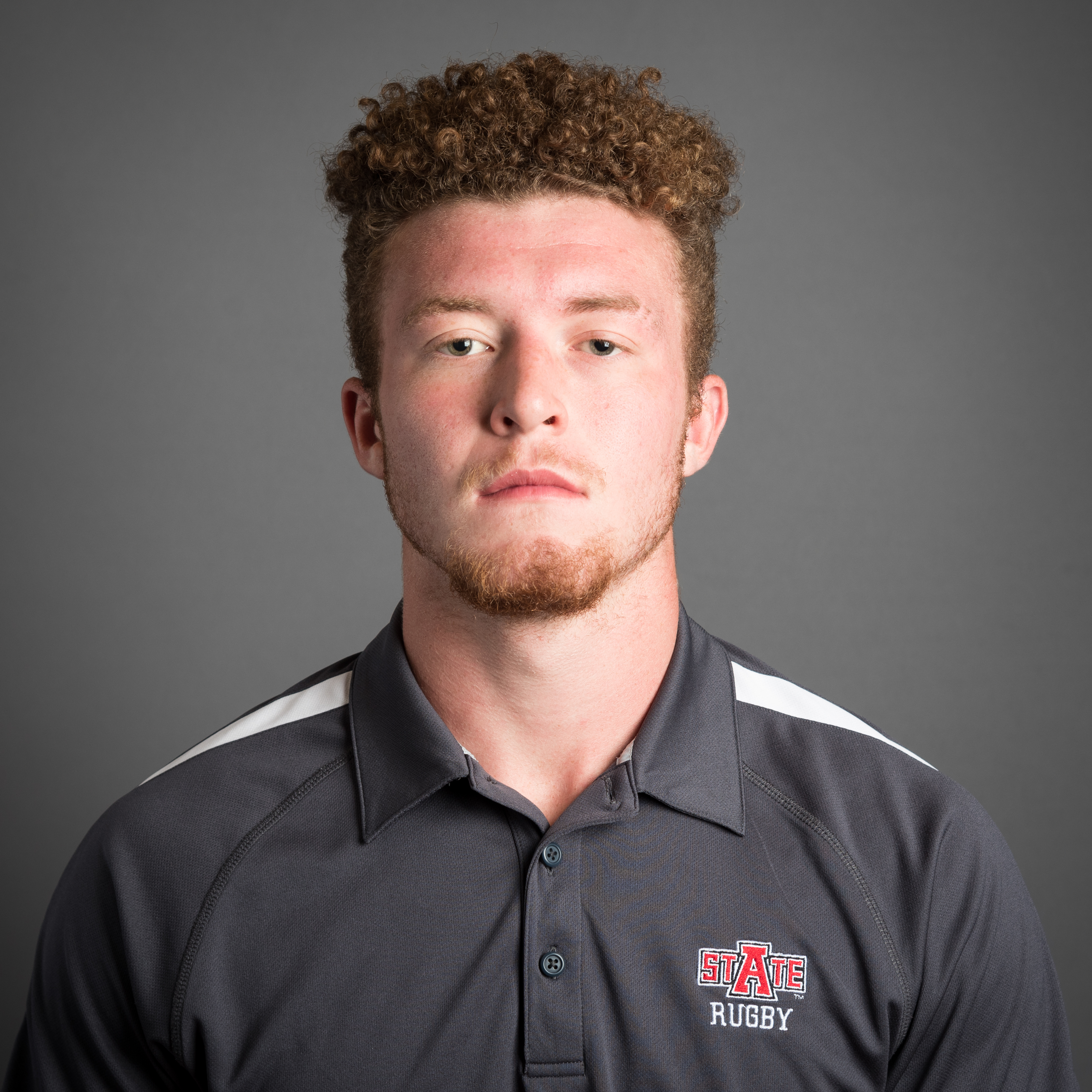 CLEMSON, S.C. – In wet and muddy conditions, fifth-ranked Arkansas State University broke away from an early tie to power past Clemson, 50-12, in men’s college rugby Saturday. Lock Asa Carter scored twice — once midway in the match and again on the 80thminute — en route to receiving “Man of the Match” honors.

A-State, now 2-1 overall, came off a narrow 27-15 loss to No. 1-ranked Life University a week ago and took a team riddled with injuries against the Tigers.

“The guys played very hard,” said Red Wolves head coach Blake White. “We came in with a lot of injuries and the guys who played really well wanted to prove themselves. Clemson was a tough challenge and we’re happy to get past them.”

Arkansas State got off to an early start when freshman Emerson Geissler of South Auckland, New Zealand, scored the first try and scrumhalf Brock Roper, a senior from Cocoa Beach, Fla., connected on the conversion. Three minutes later, the Tigers scored to tie up the game, 7-7.

The Red Wolves took the lead on the 25thminute on the try by Jake Ray of Concord, Calif., and Roper’s conversion helped A-State to distance itself from Clemson. Five minutes later, Carter of Tulsa, Okla., scored his first try and Roper’s conversion was good. Clemson battled back to score its second try on the 33rdminute, but missed the conversion.

Wing Calvin Gentry of Memphis intercepted the ball on the kickoff and scored the try. Roper converted and kicked for the posts again on the 38thminute to send the Red Wolves in ahead, 31-12, at the half.

Just one minute into the second period, Christian Schulze of McKinney, Texas, broke away and scored a try followed by Roper’s conversion.

“The field was an absolute swamp,” said Roper. “But, we went out there and made it ours.”

Both teams went scoreless for the next 30 minutes with A-State undergoing numerous substitutions.

With five minutes remaining in the match, senior Neil Maestri of Katy, Texas, scored and outside center Mazvita Nyamarebvu of Zimbabwe completed the conversion. Carter then sealed the win with his second successful try.

“With key players out due to injury, these young players stepped up to get the job done,” added team captain Pedro Alvarez of Houston, Texas.

“Next week will be another huge challenge,” concluded White. “There’s no weeks off in this conference.”

Original article source: http://www.astate.edu/news/a-state-rugby-defeats-conference-foe-clemson-50-12 | Article may or may not reflect the views of KLEK 102.5 FM or The Voice of Arkansas Minority Advocacy Council