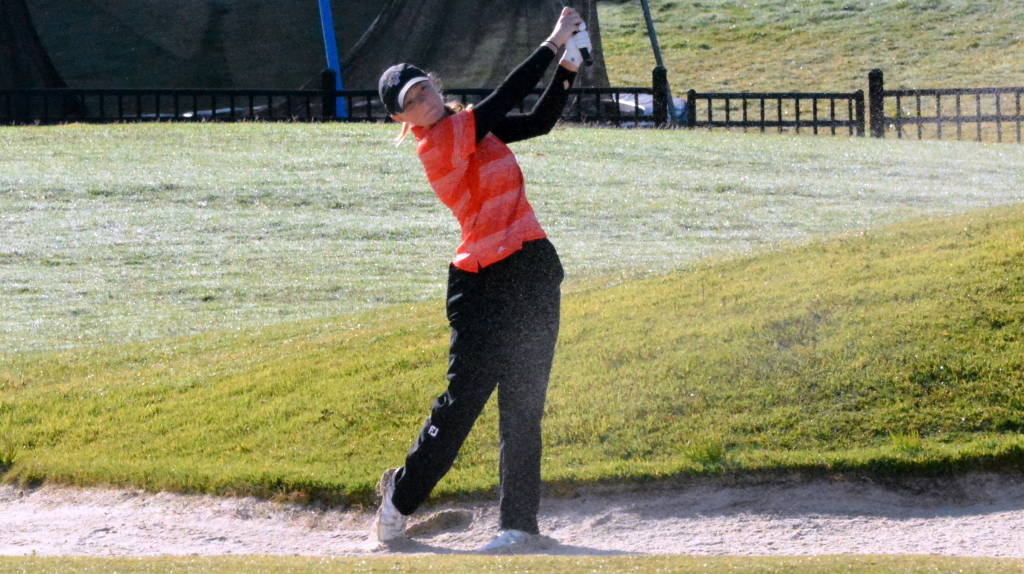 A-State ended the three-day tournament with a combined 895 for its lowest three-round score since posting an 892 at the Lady Red Wolves Classic during the 2015-16 season. The Red Wolves posted their best score in the second round with a 295, which was preceded by their tournament-opening 298 and followed by their third-round 302.

A-State finished ahead of five teams, including Sun Belt Conference (SBC) opponents Louisiana-Monroe and UT Arlington. The squad also ended only one stroke behind Georgia State and within seven strokes of Little Rock, both also members of A-State’s conference. California Baptist claimed the tournament championship with a 4-under 860, while South Florida collected runner-up honors and Western Kentucky placed third.

Gladden finished tied for 16th place, leading the Red Wolves for the second straight tournament after placing a team-best tied for 27th at the MSU/Payne Stewart Memorial to start the season. Her 216 total included a career-best 67 for the second round, marking the lowest individual round by an A-State player since at least 2005. The junior began play Saturday with a 74 and carded a 75 today, giving her an even-par combined score.

Freshman Olivia Schmidt shot a season-low 226 and tied for 48th place, the second-best finish by an Arkansas State player at the tourney. She carded a season-low round of 72 to open play and followed with an 80 and 74 for the second and third rounds, respectively.

“We are really pleased with the scoring our team showed this week, and we are heading in the right direction,” said A-State head coach M.J. Desbiens Shaw. “Even though this is only our second event, the team is showing great improvement and more consistency over three rounds. I’m very proud of Grayson for such a great tournament and freshman Olivia’s ability to step up and play well as one of the younger members of our team.”

Also competing for the Red Wolves, senior Beth Ann Compton and junior Marisa Marquez both shot a combined 228 to tie for 60th place. Compton’s scores included a 75 for the first round, while she came back to post a 77 for the second and a 76 for the third. Marquez, playing as an individual, posted scores of 75-76-77.

The Red Wolves return to action Oct. 1-3 at the Johnie Imes Invitational in Columbia, Mo.

Original article source: http://www.astateredwolves.com//ViewArticle.dbml?DB_OEM_ID=7200&ATCLID=211772374 | Article may or may not reflect the views of KLEK 102.5 FM or The Voice of Arkansas Minority Advocacy Council