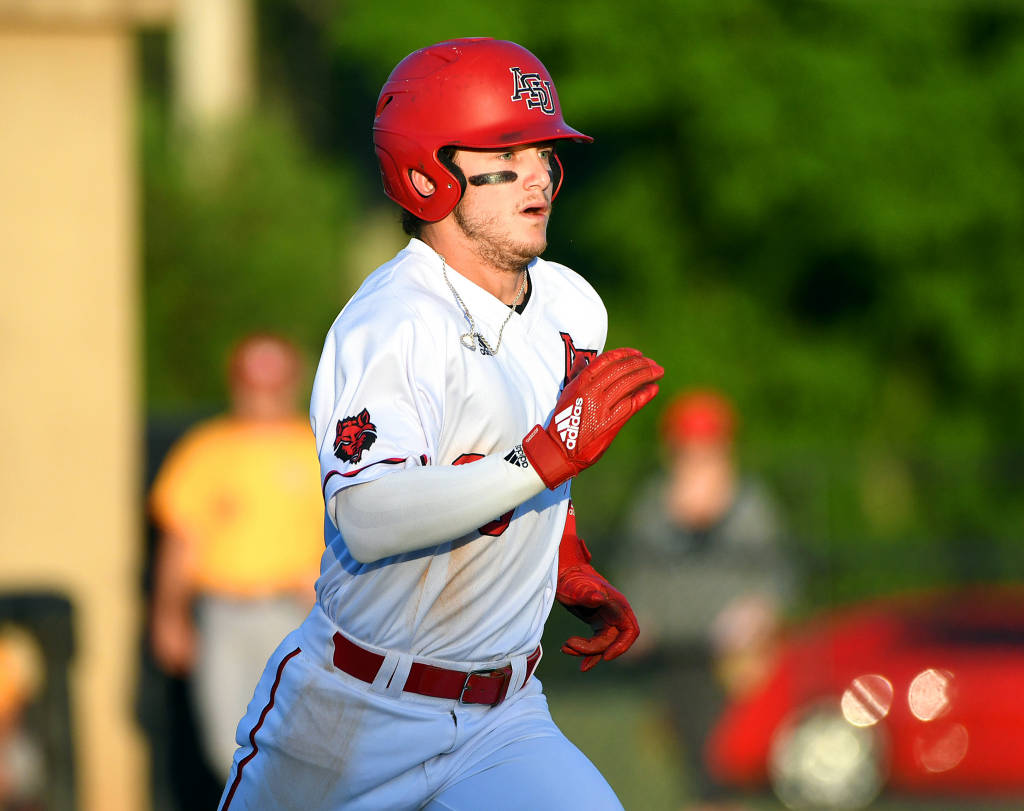 The 27 runs recorded by the squad was the most runs scored at home since the 1964 against North Dakota. Five Red Wolves recorded three or more RBIs in Saturday’s win over the Mountaineers.

The home team sent 16 batters to the plate in the first, scoring 12 runs on nine hits. Six of the nine batters in the A-State lineup had hits with Eli Davis, Drew Tipton and Tyler Duncan each recording two hits apiece. Tipton was responsible for five RBIs on a double and a triple while Duncan drove in four with a single and a triple.

The Red Wolves sent 11 to the plate in the fifth adding eight runs on six hits. Kyle MacDonald was responsible for a two-run triple while Jaylon Deshazier, Davis and Tipton each added singles to extend the A-State advantage 13-4.

A-State will return to action Sunday, May 5 with it concludes its series against Appalachian State. The first pitch is set for noon at Tomlinson Stadium.

Original article source: http://www.astateredwolves.com//ViewArticle.dbml?DB_OEM_ID=7200&ATCLID=211802592 | Article may or may not reflect the views of KLEK 102.5 FM or The Voice of Arkansas Minority Advocacy Council