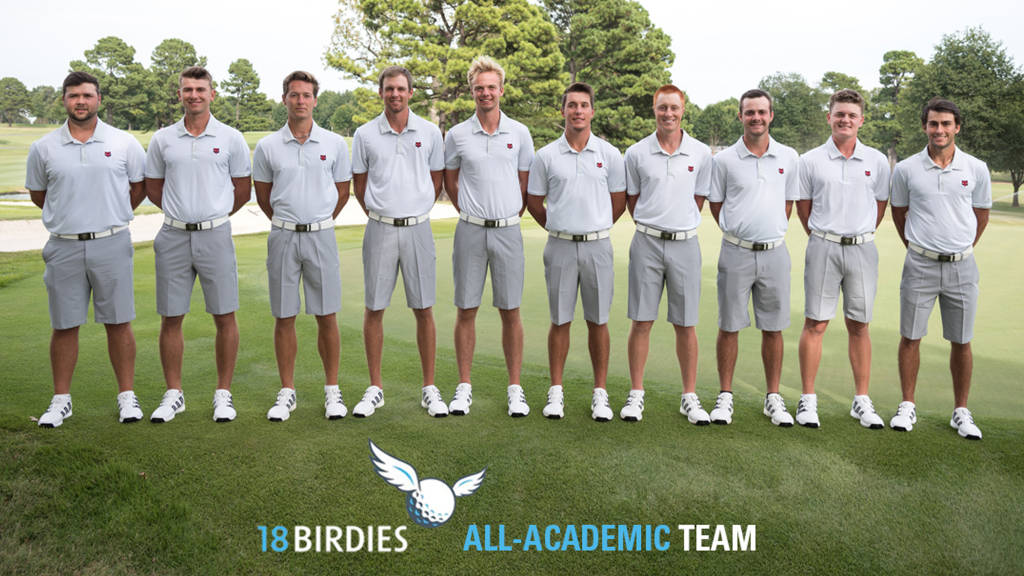 JONESBORO, Ark. (7/24/18) – The 2017-18 Arkansas State men’s golf team, which completed last season ranked No. 72 in the nation by Golfstat, has been named an “18Birdies All-Academic Team” as announced by the Golf Coaches Association of America (GCAA).

A 3.0 team GPA or better for an entire academic year is required to earn All-Academic Team recognition, and the Red Wolves’ 10 student-athletes on the 2017-18 squad combined to produce a 3.2063 GPA. A-State was one of four Sun Belt Conference programs to earn a place on the list featuring 127 Division I programs.

A-State saw nine of its 10 players find a place on the 2018 spring Athletics Director’s Honor Roll, while seven earned the recognition last fall. Seniors on last year’s team, Andrew Huseman, Kevin Kramarski and Tanner Napier have all earned their bachelor’s degree from Arkansas State University. Additionally, Napier and Huseman were named All-Sun Belt Conference at least one time during their career.

The Red Wolves have now been named an All-Academic Team by the GCAA all three seasons under current head coach Mike Hagen, who has seen six of his players earn their degree from Arkansas State University. A-State has also had 15 total players named to the A-State Athletics Director’s Honor Roll during Hagen’s time leading the men’s golf program.

The Red Wolves will open their 2018-19 season Sept. 10-11 at the Lone Star Invitational in San Antonio, Texas.

Original article source: http://www.astateredwolves.com//ViewArticle.dbml?DB_OEM_ID=7200&ATCLID=211735954 | Article may or may not reflect the views of KLEK 102.5 FM or The Voice of Arkansas Minority Advocacy Council