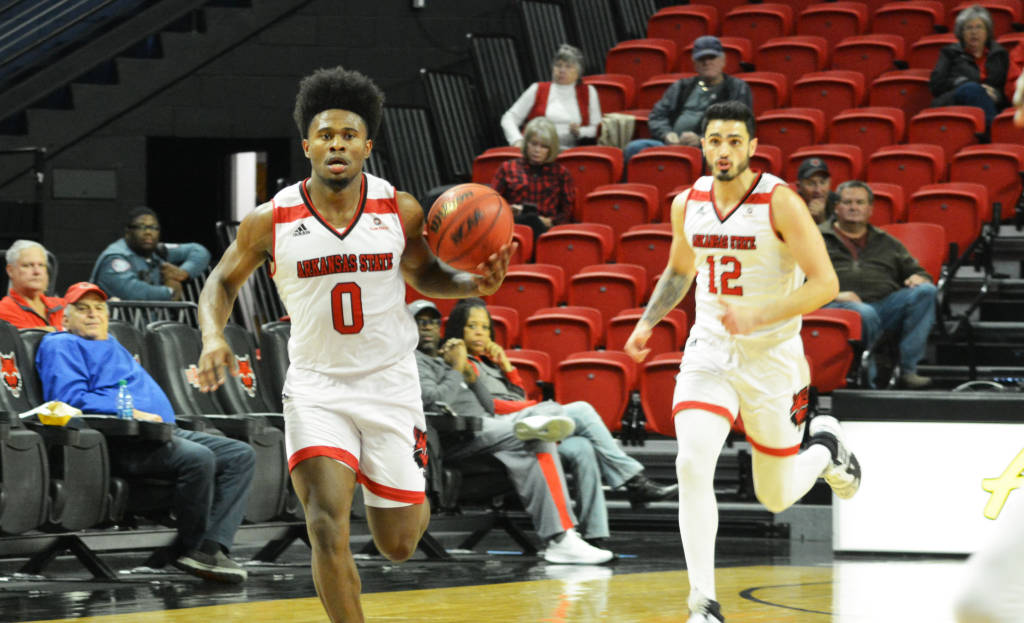 JONESBORO, Ark. (10/30/19) – The Arkansas State men’s basketball team had four players notch double-figures and used a strong second half to pull away from Harding for an 80-54 exhibition victory Wednesday night at First National Bank Arena.

Led by a strong defensive effort, particularly in the second half, and a game-high 20 points from senior guard Canberk Kus, the Red Wolves notched a double-digit margin of victory for the 23rd time over their last 25 exhibition contests.

Also scoring in double figures for A-State were starters Malik Brevard and Caleb Fields with 13 points each, while Antwon Jackson added 11 off the bench.  Kus narrowly missed a double-double with a game-high eight rebounds as A-State claimed a 34-26 edge on the boards.

“I thought our pressure picked up in the second half, and we picked up the intensity defensively,” said A-State head coach Mike Balado.  “Our offensive numbers were good, but I was just worried about defense – I wanted to see how we were going to guard as a team.  Except for their three-point shooting, we did fairly well there.  They had 27 turnovers and we had 15 steals, so those were excellent numbers.”

The Red Wolves jumped out to 17-3 lead less than four minutes into the first half, but Harding used an 18-4 run to pull with two at the 9:53 mark.  While the Bisons were never able to take the lead, they kept the score within five points by the break.

However, A-State reclaimed a double-digit advantage less than three minutes into the second half and went up by 20 midway through the second half.  Its lead swelled to as much as 30 points, 78-48, late in the game.

Arkansas State is now set to open its regular season Nov. 6 with a 7:00 p.m. home game against Arkansas-Monticello.

Original article source: http://www.astateredwolves.com//ViewArticle.dbml?DB_OEM_ID=7200&ATCLID=211815291 | Article may or may not reflect the views of KLEK 102.5 FM or The Voice of Arkansas Minority Advocacy Council