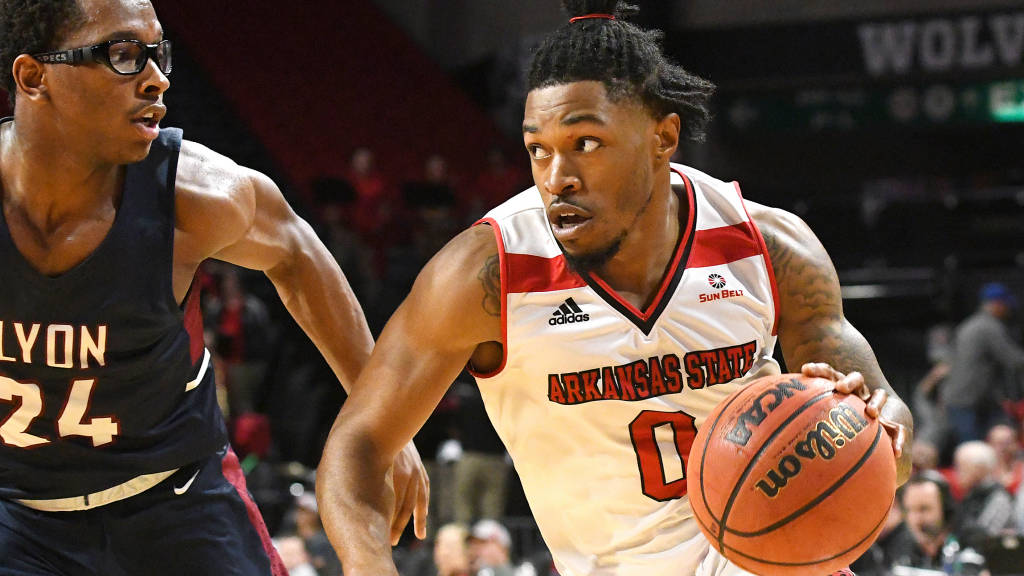 “We don’t have our rotation yet, but we played everybody significant minutes tonight,” said second-year A-State head coach Mike Balado. “I thought in the first half, we did an excellent job defensively. Lyon shot 30 percent in the first half, but we’ve got to understand in the second half to use the game to get better. Our defensive intensity dropped in the second half, but overall it was a good win and I was proud of our guys. We held them under 42 percent shooting which was our goal and we had a lot of contributions from several different people.”

Ty Cockfield led the Red Wolves with 14 points and five assists. Marquis Eaton added 11 points and Canberk Kus had also reached double figures with 10 points. Twelve of the 13 players for A-State scored and 12 out of 13 players logged a rebound. Blake Bradshaw led Lyon with 21 points.

The Red Wolves also collected their 24th victory over their last 25 exhibition outings since the 2005-06 season and, including tonight, have won 23 of those games by a double-digit margin. A-State finished with 18 assists against 14 turnovers while logging nine steals and nine blocked shots.

Lyon pulled within 13 points, 38-25, in the first minute of the second half, but the Red Wolves never let the visitors get closer the remainder of the game. A 7-0 run midway through the half saw A-State build its largest lead of 24 points, 66-42, with 6:29 to play.

“It’s so enjoyable being around this group of guys,” Balado said. “It’s all basketball and it’s all coaching now. These guys want to do well and the energy around these guys is contagious. We still have a lot of work to do, but we’ve got three or four days here to clean up some stuff. We’ve got to put a whole game together on Friday at Abilene Christian.”

A-State plays six of its first seven games on the road to open the 2018-19 season. The Red Wolves visit Abilene Christian on Friday, November 9 for the season opener. Tip-off is scheduled for 7:30 p.m. A-State’s home opener is set for Monday, November 12 at 7:30 p.m. against Missouri Baptist.

Original article source: http://www.astateredwolves.com//ViewArticle.dbml?DB_OEM_ID=7200&ATCLID=211779040 | Article may or may not reflect the views of KLEK 102.5 FM or The Voice of Arkansas Minority Advocacy Council