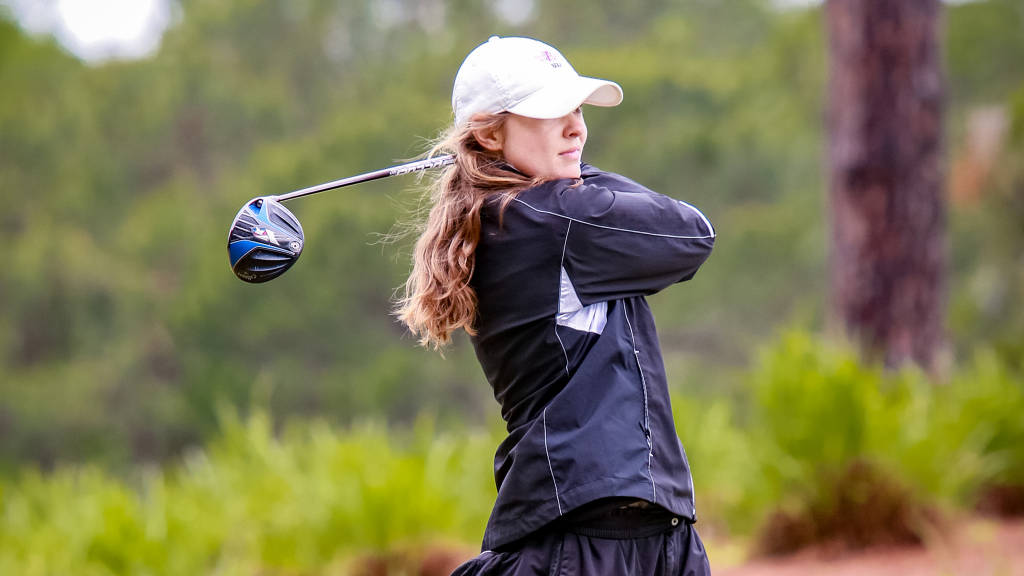 RIO VERDE, Ariz. (2/23/19) – The Arkansas State women’s golf team opened its spring season by shooting a first-round 297 Saturday at the Rio Verde Invitational, placing the Red Wolves atop the 18-team field with one round remaining.

A-State posted its third lowest single-round score of the season to take a one-stroke lead over second-place Boise State and a two-stroke advantage over Xavier, which currently stands third.

Junior Grayson Gladden carded an even-par 71 to lead the Red Wolves and place her tied for second in the individual standings.  Joined by seniors Beth Ann Compton and Aracelly Jimenez Rios, Gladden was one of three A-State players completing the first round among the top 20 leaders.

Compton ended the day with a 73, while Jimenez Rios shot a 75.  Also competing for the Red Wolves, Maria Jose Atristain Vega is tied for 46th place with a 78 and Olivia Schmidt tied for 55th with a 79.

The tournament was originally scheduled to include three rounds, but is now being played as a 36-hole event after yesterday’s round was canceled due to course conditions following rain and snowfall in the Rio Verde, Ariz., area.  The second-and-final round will be played Sunday.

Original article source: http://www.astateredwolves.com//ViewArticle.dbml?DB_OEM_ID=7200&ATCLID=211792309 | Article may or may not reflect the views of KLEK 102.5 FM or The Voice of Arkansas Minority Advocacy Council