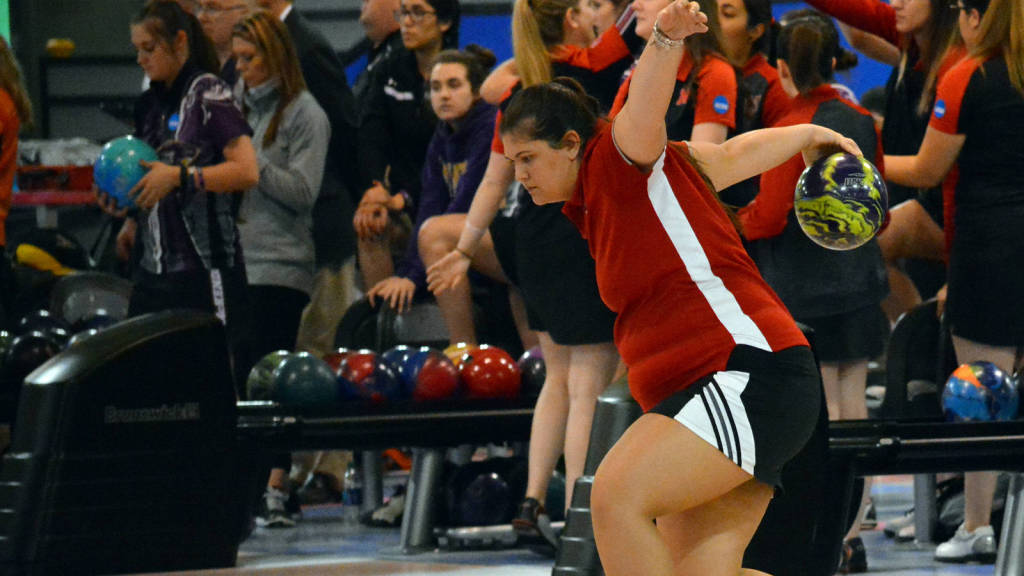 HOUSTON, Texas (11/28/18) – The Arkansas State women’s bowling team is in fourth place after the first day of competition at the Track Kat Klash hosted by Sam Houston State at the Emerald Bowl.

The Red Wolves finished the day with a pinfall total of 4,702 across five Baker format matches on the day. The team averaged a score of 188.1 per game and finished with a 3-1 record, which included a “bye” match to round out the day.

Maryland Eastern Shore is in first place with a total pinfall of 4,945 followed by McKendree at 4,897 and Nebraska at 4,845.

Arkansas State opened the day with a 1,035-815 win over Monmouth followed by a 1,025-839 win over UAB. The Red Wolves were the only team to register two matches with pinfall totals of 1,000 or more. Also, its total of 1,035 against Monmouth ranked as the second highest total on the day.

A-State continued its hot start to the day with a 974-891 over the host team Sam Houston State, before dropping a tightly contested contest to La Tech 873-831.

Due to the odd number of teams in the tournament (17), the Red Wolves bowled in a “bye” match for the final pairing and rolled an 835 to close competition.

Original article source: http://www.astateredwolves.com//ViewArticle.dbml?DB_OEM_ID=7200&ATCLID=211778798 | Article may or may not reflect the views of KLEK 102.5 FM or The Voice of Arkansas Minority Advocacy Council