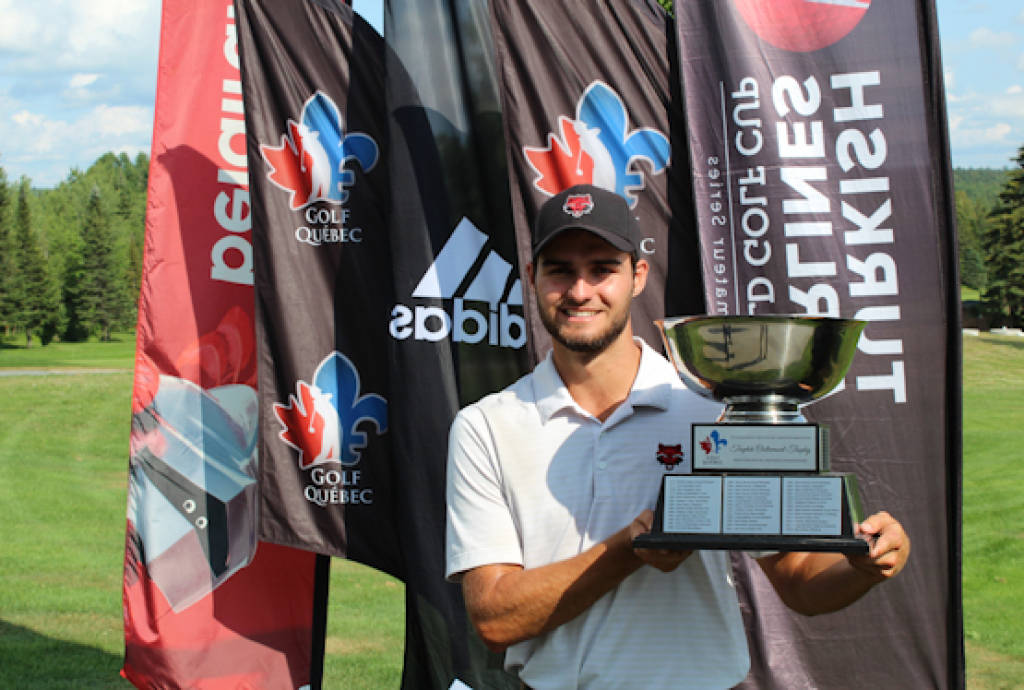 Sale, a first team all-conference pick in 2019, won the amateur Thursday at Beauceville Golf Club in Beauceville, Quebec. He registered a four round total of 264 (-24) to establish a new record for the amateur tournament. His 24-under total was good enough to top second-place Christopher Vandette by six strokes.

A junior last season, Sale helped lead A-State to its first Sun Belt title and first appearance in the NCAA Championships since 2002. He completed his initial season at A-State with a 71.69 scoring average for the second lowest mark by an A-State player since at least 1994 behind teammate Zan Luka Stirn. He became the first player in school history to collect a top-25 finish at an NCAA Regional.

Sale continues a busy summer with the U.S. Amateur scheduled for Aug. 12-18 at Pinehurst. The Red Wolves begin their 2019-20 season Sept. 14-17 at the Golfweek Conference Challenge in Cedar Rapids, Iowa.

Original article source: http://www.astateredwolves.com//ViewArticle.dbml?DB_OEM_ID=7200&ATCLID=211807867 | Article may or may not reflect the views of KLEK 102.5 FM or The Voice of Arkansas Minority Advocacy Council