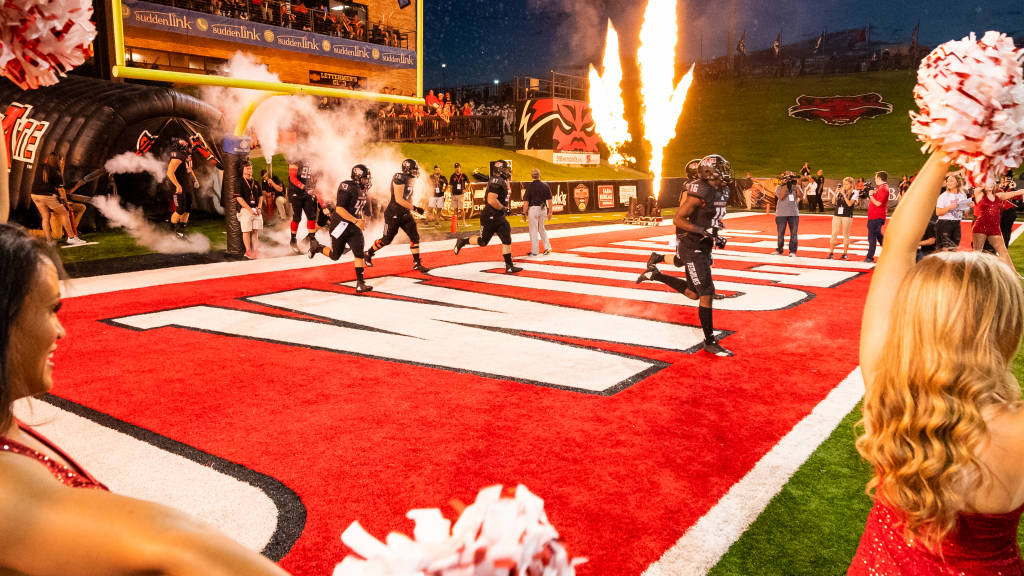 JONESBORO, Ark. (8/12/19) – The Mountain West Conference and UNLV announced Monday that the Arkansas State football team’s Sept. 7 game against the Rebels at Sam Boy Stadium will appear exclusively on Facebook through the league’s partnership with Stadium.

The Red Wolves’ second game of the season is scheduled for a 9:00 p.m. CT kickoff and will be produced by Stadium, a multi-platform sports network featuring exclusive live and on-demand games and events, extensive highlights, classic games, original programming and daily live studio programming.

The game, which will mark A-State’s first ever to appear on Facebook, will be available on Stadium’s Facebook page, @WatchStadium.

Stadium includes a 24/7 linear feed distributed across both digital and broadcast platforms, as well as a comprehensive array of on-demand (VOD) digital content including additional live games and events.  Additional information about Stadium can be found online at WatchStadium.com.

While Arkansas State and UNLV will play each other for the second consecutive season, the game will mark just the third all-time meeting between the two programs.  The Red Wolves claimed a 27-20 win over the Rebels in Jonesboro last season, while the Rebels picked up a 28-23 home win in 1995.

The Red Wolves will open their 2019 campaign the week prior to their game against UNLV, hosting SMU at Centennial Bank Stadium on Saturday, Aug. 31, at 6:00 p.m.

Original article source: http://www.astateredwolves.com//ViewArticle.dbml?DB_OEM_ID=7200&ATCLID=211809019 | Article may or may not reflect the views of KLEK 102.5 FM or The Voice of Arkansas Minority Advocacy Council