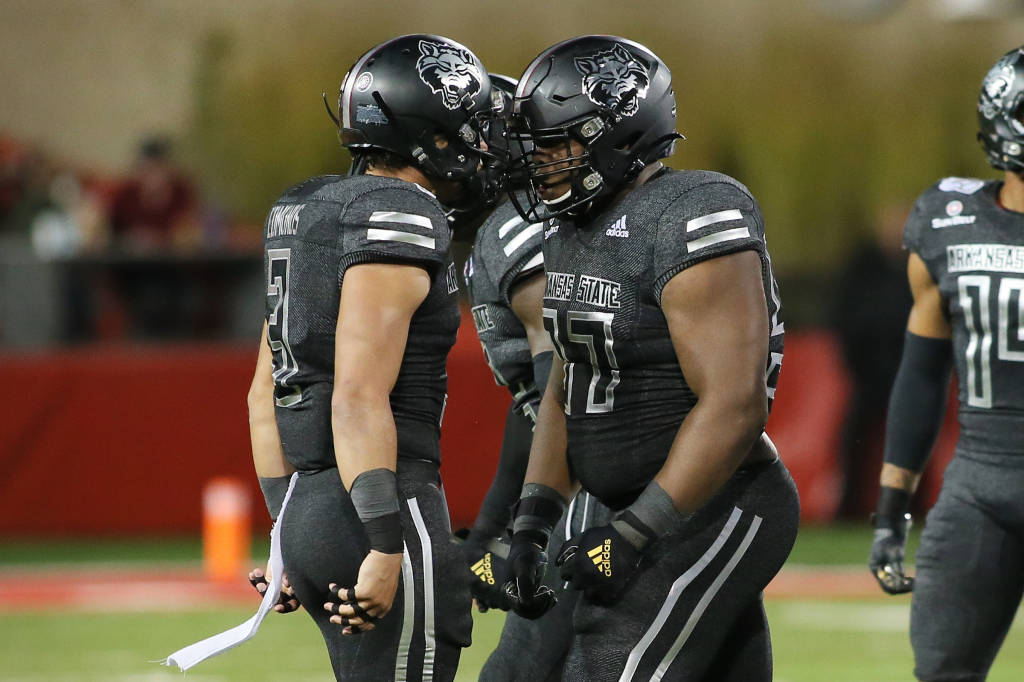 JONESBORO, Ark. (10/21/19) – The Arkansas State Athletics Department announced Monday that the Red Wolves’ Nov. 2 football game at Louisiana-Monroe has been selected to appear on ESPNU and will kickoff at 2:30 p.m. (CT).

In order to accommodate the addition of the national television broadcast, the game time was moved up to 2:30 p.m. after previously being announced as a 4:00 p.m. kickoff.  The contest will mark A-State’s third appearance on national television this season, also playing Georgia on ESPN2 and Louisiana on ESPNU earlier this year.

Arkansas State has played ULM 40 previous times, which is the third most in school history among all opponents.  The Red Wolves lead the all-time series 26-14 since the first meeting in 1959.  As Sun Belt Conference foes, A-State leads the series 14-4 after picking up wins over the Warhawks each of the last nine seasons.

The Red Wolves currently hold a 3-4 overall record and 1-2 mark in Sun Belt action.  They are set to host Texas State in their Homecoming game this Saturday, Oct. 26, at 6:00 p.m. at Centennial Bank Stadium.  The game will appear on ESPN+, and every A-State football game can be heard live on the EAB Red Wolves Sports Network.

Original article source: http://www.astateredwolves.com//ViewArticle.dbml?DB_OEM_ID=7200&ATCLID=211814794 | Article may or may not reflect the views of KLEK 102.5 FM or The Voice of Arkansas Minority Advocacy Council