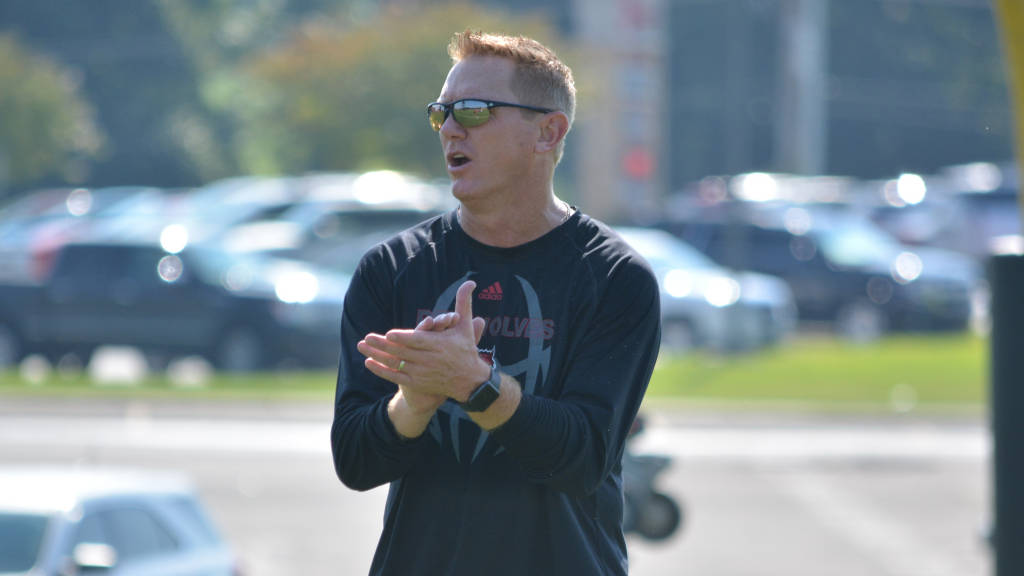 The preseason favorite in the Sun Belt Conference Coaches’ Poll to win the league, A-State took the field in shorts and helmets for the first of 15 practices leading up to the first day of classes at Arkansas State University on Aug. 20.

“(The players) bounced around pretty well and the energy was good, as it always seems to be day one,” said head coach Blake Anderson following the workout. “The new guys looked new, and we didn’t get out on the grass during the spring, so being out here is a little different. It was energetic, though, and it was fun to get out there and let the grass fly a little bit.

“It was sloppy at times, but it wasn’t for a lack of effort. We’ve just got to knock the rust off a little. I know they’ve had good practices in the summer on their own, but it’s different with everybody else out there.”

The Red Wolves will hold four additional practices every day at 8:50 a.m. before using next Wednesday, Aug. 8, as a recovery day. The team will resume its practice schedule with 8:50 a.m. workouts on back-to-back days before conducting its first fall-camp scrimmage Saturday, Aug. 11, at 10:00 a.m.

A-State has been tabbed as the No. 25 team in the nation in Phil Steele’s preseason top-25, and was also picked to win the Sun Belt Conference for the first time in the history of the league’s preseason coaches’ poll. With A-State tying fellow Sun Belt Conference member Troy for the most points by a team in league history in the preseason Amway Coaches Poll, Anderson addressed the attention the Red Wolves have received leading up to this season during a press conference yesterday.

“The 2018 season is here and the excitement and anticipation may be higher than it has ever been here. That is what we want to be a part of, and hopefully we have something to do with why the expectation-level is as high as it is.

“I’m just anxious to get out there and see what this group of guys can become. We’re excited about the athletic ability that we’ve put together with this this team. We’ve recruited every young man that is a part of program at this point over the last four-and-a-half years to go into season five, and we feel like we’re going to be putting our most athletic team on the field. We have more experience than we did a year ago. This group has worked extremely hard, and I think they’ve approached January to now the right way to go into this fall and have what could be a special year.”

Arkansas State will kickoff its 2018 campaign Sept. 1 at Centennial Bank Stadium with a 6 p.m. game against Southeast Missouri State. Season tickets can be purchased through the A-State Ticket Office, located at First National Bank Arena’s lower red entrance, in person, by phone at 870-972-2781 or online by visiting AStateRedWolves.com/Tickets.

Original article source: http://www.astateredwolves.com//ViewArticle.dbml?DB_OEM_ID=7200&ATCLID=211767081 | Article may or may not reflect the views of KLEK 102.5 FM or The Voice of Arkansas Minority Advocacy Council