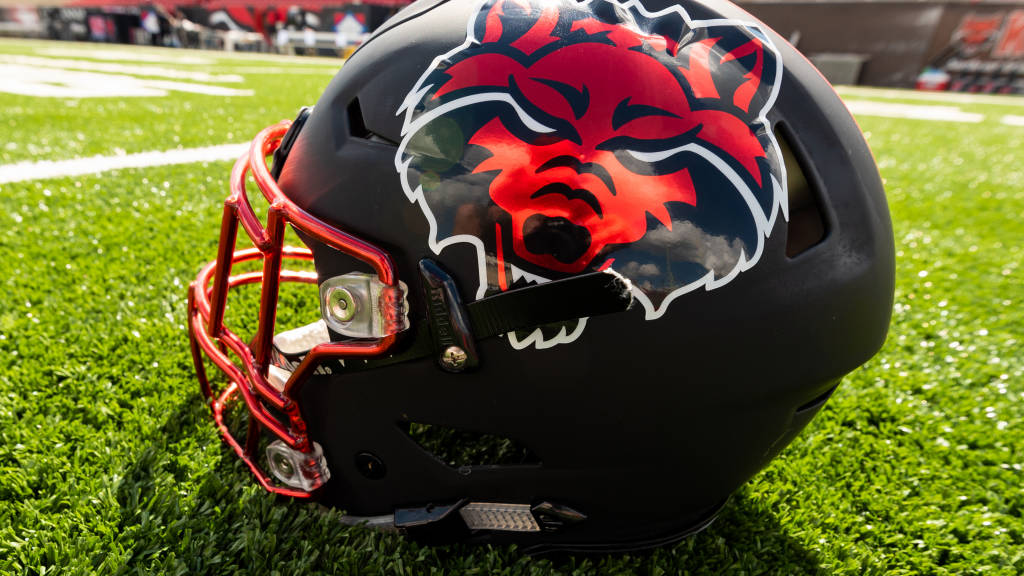 Heckendorf comes to A-State after spending the last eight seasons in multiple roles with the North Carolina football program, including the last five as quarterbacks coach.  He also served as the Tar Heels’ passing coordinator the last three years and as the recruiting coordinator in 2014 and 2015.

The Mosinee, Wis., native also spent the 2011-13 seasons in a player development position at North Carolina.  The last two years of that three-year period saw him work alongside Anderson, who was the Tar Heels’ offensive coordinator and quarterbacks coach at the time.

“Working with Keith in the past, I’ve seen first-hand his tremendous talent as a coach and the outstanding football mind he possesses,” said Anderson. “His coaching experience, knowledge of the game, ability to develop players and communication skills are all among his many assets that make him a fantastic offensive coordinator, and we’re excited to have him here in Jonesboro.”

His time at North Carolina saw the football program play in five bowl games and appear in the 2015 Atlantic Coast Conference (ACC) championship game, the same year the Tar Heels won 11 games for their best season in nearly two decades.

“Keith Heckendorf is one of the top young offensive coaches in our sport,” said Larry Fedora, a 2015 Bear Bryant National Coach of the Year finalist while he was the head coach at North Carolina.  “He has earned a great reputation for developing quarterback talent and helped Mitch Trubisky emerge into an outstanding NFL prospect under his watch.  He is also a talented play-caller who will be an asset for any program many years to come.”

North Carolina’s passing game was among the nation’s best under Heckendorf’s leadership, while the Tar Heels also set the school record for passing yards three of the last five seasons.  During that time Heckendorf tutored some of the most successful quarterbacks in school history, including the 2017 NFL Draft’s No. 2 overall pick in Trubisky.

“Coach Heck is one of the best I’ve been around,” said Trubisky.  “He is extremely detailed and a great teacher.  His passion for the game and his players make him an awesome coach to play for.  He pushed me to be a better player and helped prepare me for the next level.  I’m thankful for my time with coach Heck and the relationship we built.  He will be a great addition at Arkansas State.”

Heckendorf had a standout career as a quarterback at St. Cloud State (Minn.) from 2000-03.  He was a two-time finalist for the Harlon Hill Trophy, which is given annually to the top player in NCAA Division II football, finishing second and third in the voting.  He was also a consensus American Football Coaches Association (AFCA) All-America pick, and a two-time Academic All-America choice.

He was the Division II recipient of the prestigious National Football Foundation (NFF) Scholar-Athlete Award.  He earned his bachelor’s degree in elective studies from St. Cloud State University in 2004, and he completed his master’s in education administration from the University of Nebraska in 2014.

With 18 years of collegiate coaching experience to his credit, Coughlin comes to Arkansas State after spending the last 13 seasons at Missouri State.  He was elevated to associate head coach for the 2018 campaign and served as the Bears’ co-offensive coordinator since 2016.

“Sean has enjoyed great success as an offensive line coach, and he brings a wealth of experience working with the position to our staff,” said Anderson.  “He’s proven that he can develop talent to an elite level.  His impact with players on the field and in the meeting rooms makes him a great addition to our program.”

Coughlin also mentored Clay Harbor, a consensus All-American tight end and NFL Draft pick to the Eagles in 2010, as well as Randy Richards, an AP and AFCA All-America selection. Richards enjoyed NFL stints with the Chargers and Buccaneers before catching on in the CFL with Saskatchewan and Calgary.

The 2001 Drake University graduate was a standout offensive lineman from his playing days. A three-time All-Pioneer Conference offensive guard at Drake, he was a first-team all-conference choice from 1998-2000 and earned All-America honors from Football Gazette his final two seasons. He was team captain in 2000.

He joined the Iowa State offensive staff in 2004 and spent two seasons there while pursuing his master’s in higher education (2006).

The Kildeer, Ill., native earned his bachelor’s degree in history from Drake in 2001.

A two-time All-Big 12 wide receiver and Freshman All-American at Oklahoma who was a second-round NFL Draft pick by the Washington Redskins, Kelly comes to Arkansas State after spending the last two seasons at Houston as an offensive graduate assistant coach and offensive analyst.

“I believe we’re getting one of the top up-and-coming coaching talents in Malcolm,” said Anderson.  “He gained great experience both as a college player at Oklahoma and in the NFL with the Washington Redskins, so he’s got a strong grasp on what  it takes in order for players to be successful.  He’ll bring great energy and coaching skills to the table, and we’re looking forward to the different ways he’ll help our program.”

During his two seasons on Houston’s coaching staff, the Cougars compiled a combined 15-10 record while appearing in the 2018 Armed Forces Bowl and 2017 Hawai’i Bowl.  He was part of the 2018 staff that helped lead the program to the American Athletic Conference West Division title as well.

The Cougars ranked seventh in the nation in total offense in 2018, averaging 513 yards per game.  Kelly helped coach a wide receivers corps that was part of an offense averaging 296 yards through the air, which was the 16th highest mark in the nation.  He tutored First Team All-American Athletic Conference selection Marquez Stevenson, who ranked among the top 31 players in the nation in receptions per game (5.8), receiving yards (1,019) and receiving touchdowns (9).

His first year in Houston saw the team average 428.2 yards total offense, including 261.3 passing yards per game.  Working with the wide receivers, the position group saw Steve Bonner earn honorable mention all-conference recognition after ranking among the top four players in the league in receptions.

Prior to his time at Houston, he served in an offensive quality control position at Texas A&M-Commerce during the 2016 season.  His lone season with the school saw the Lions produce a 10-2 overall record, win the Lone Star Conference (LSC) and claim their first NCAA Division II playoff win since 1991.

Following his collegiate playing career, he was taken in the 2008 NFL Draft as the 51st overall selection by the Redskins.  Once he completed his playing career in 2011, he turned his attention to the business world as the owner of Piney Woods Torque and Test until moving into coaching at Texas A&M-Commerce.

As a player at Oklahoma, he totaled 144 career receptions for 2,285 yards and 21 touchdowns between 2005-07.  The Longview, Texas, native declared early for the NFL Draft, but later earned his bachelor’s degree from Oklahoma in 2016.

Original article source: http://www.astateredwolves.com//ViewArticle.dbml?DB_OEM_ID=7200&ATCLID=211786009 | Article may or may not reflect the views of KLEK 102.5 FM or The Voice of Arkansas Minority Advocacy Council