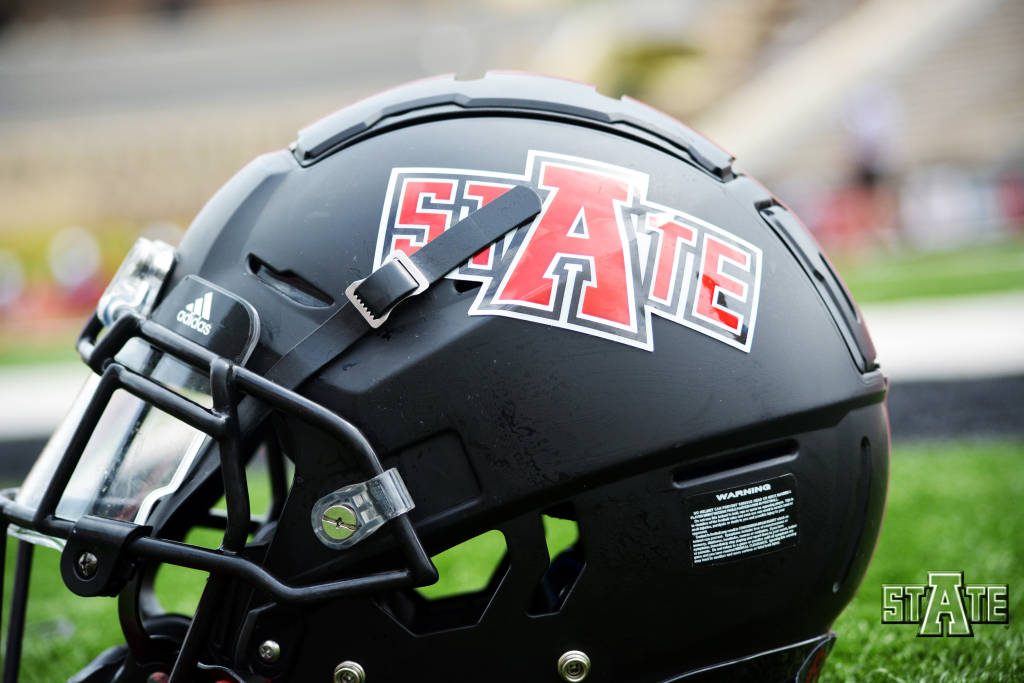 JONESBORO, Ark. (8/22/19) – The Arkansas State Athletics Department announced Thursday that it has added eight-time national champion Ohio State to its 2022 schedule, which will also make the Red Wolves just the second Sun Belt Conference team to ever face the Buckeyes.

A-State will play Ohio State on Sept. 10, 2022, at Ohio Stadium in the first-ever meeting between the two programs.  The last time Arkansas State played a Big Ten Conference member was 2017 when it faced Nebraska, but it is also slated to catch Michigan in Ann Arbor in 2020 before catching the Buckeyes two seasons later.

The addition of Ohio State gives the Red Wolves three scheduled non-conference opponents on their 2022 schedule, also playing at Memphis on Sept. 3 and hosting UMass on Nov. 12 of the same year.

The only other time a Sun Belt Conference opponent played Ohio State was in 2008, when Troy dropped a 28-10 decision at 103,082-seat Ohio Stadium.  Next season, A-State will also become just the second Sun Belt team to ever play Michigan.

With five conference championships and 51 league victories over the last eight seasons, Arkansas State has firmly established itself as one of the elite programs in the Sun Belt Conference on a yearly basis while building their national brand in the process.

Over the same time span, the Red Wolves have piled up 67 victories to tie the 25th most in the country and have made eight consecutive bowl-game appearances for the 15th longest active streak among all FBS schools.

A-State’s success leaves it as one of just four teams in the nation to win five conference titles and appear in eight bowl games since 2011, joining Alabama, Clemson and Oklahoma.

Original article source: http://www.astateredwolves.com//ViewArticle.dbml?DB_OEM_ID=7200&ATCLID=211809864 | Article may or may not reflect the views of KLEK 102.5 FM or The Voice of Arkansas Minority Advocacy Council