A-State Falls to No. 1 Alabama
0 Comments 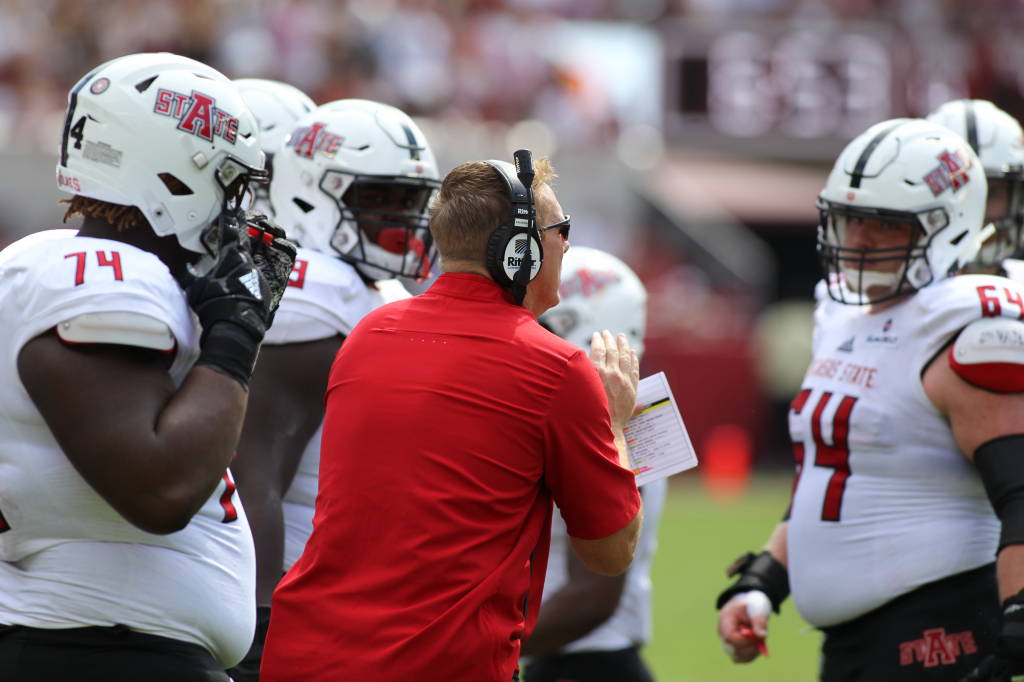 TUSCALOOSA, Ala. (9/8/18) – No. 1 Alabama raced out to a 19-0 first quarter lead and defeated the Arkansas State football team 57-7 at Bryant-Denny Stadium Saturday afternoon.

Quarterback Justice Hansen was 15-of-36 passing for 140 yards and a touchdown while Warren Wand had 11 rushes for 60 yards. Armond Weh-Weh had four carries for 45 yards and A-State finished with 173 rushing yards on 31 carries. Kirk Merritt and Brandon Bowling led A-State with five receptions each with Merritt covering 29 yards and Bowling gaining 25 yards. Omar Bayless had a game-high 36 yards receiving for A-State on his three catches.

Darreon Jackson had a game-high 10 tackles, including six stops, and had a forced fumble near the Alabama goal line in the first half. Dojon Emory had the lone sack for the A-State defense and the unit combined for four tackles for loss on the game.

Alabama out-gained the Red Wolves 599-391 for the game. The Crimson Tide had 321 yards through the air with another 278 yards coming on the ground. A-State had 173 yards rushing and 218 passing yards.

The Crimson Tide scored 33 points offensively and an interception return for a touchdown saw Alabama lead 40-0 at halftime. A-State used the opening possession of the second half to get on the board as Hansen hooked up with Kendrick Edwards for a 23-yard touchdown.

The Red Wolves travel to Tulsa next Saturday for a 6:00 p.m. (CT) kickoff on CBS Sports Network. A-State returns to Centennial Bank Stadium to host UNLV on September 22.

Original article source: http://www.astateredwolves.com//ViewArticle.dbml?DB_OEM_ID=7200&ATCLID=211771151 | Article may or may not reflect the views of KLEK 102.5 FM or The Voice of Arkansas Minority Advocacy Council