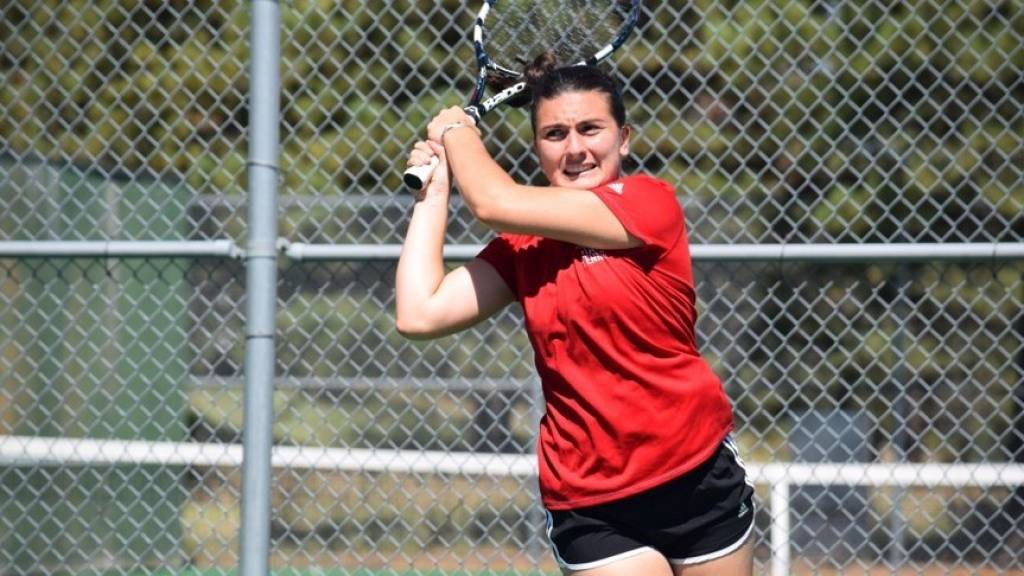 COLUMBIA, Mo. (1/26/19) – The Arkansas State women’s tennis program dropped its first match of the season with a 4-1 setback against Missouri Saturday afternoon at the Mizzou Tennis Complex on the campus of Missouri University.

Shelby King won the only point of the day for A-State (1-1) in a thrilling three-set match against Serena Nash. King dropped the first set 2-6, but rallied for a 6-4, 6-2 in the next two to take the win. King is now 2-0 on the young season.

The Tigers took the doubles’ point with victories in all three matches. Middlebrooks and Wright downed Detlava and Masdevall Masip 6-1 on court one. Missouri clinched the points when Nash and Taylor Gruber defeated Pramethong and Guevremont 6-1 on court three, while Martha Oliveira and Vivien Abraham closed out the round by handing King and O’Brien a 6-1 setback on court two.

The Red Wolves return the courts Saturday, Feb. 9 in its first home tennis match of the season against Oral Roberts. First serve is set for 9 a.m. from the A-State Tennis Complex, but check back to AStateRedWolves.com and the @AStateTennis Twitter account for changes in start time and venue should weather necessitate a change.

Original article source: http://www.astateredwolves.com//ViewArticle.dbml?DB_OEM_ID=7200&ATCLID=211788090 | Article may or may not reflect the views of KLEK 102.5 FM or The Voice of Arkansas Minority Advocacy Council